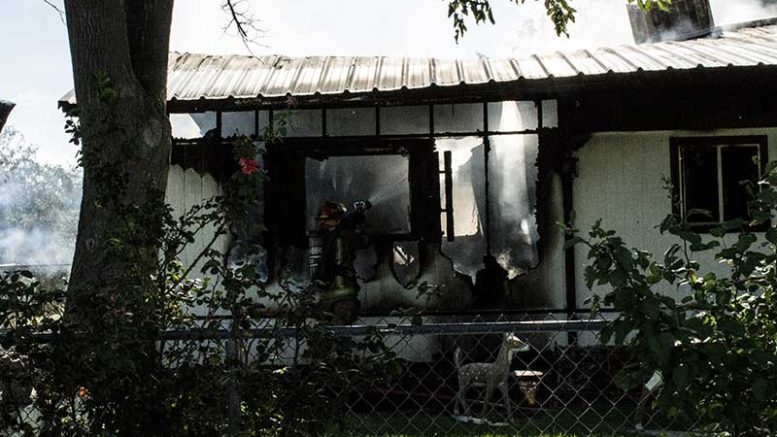 Fire destroys a mobile home in Thatcher on Saturday morning, leaving the owner devastated but grateful to be alive.

THATCHER – It was a quiet Saturday morning violently interrupted by drifting gray smoke and sirens.

Flames engulfed a home located in the quiet neighborhood on Mullins Lane in Thatcher at roughly 7:20 am. The Thatcher Fire Department was called to the scene, and the Safford Fire Department came and assisted as well.  According to the owner, Carol Chavarria, the fire started in her bedroom and quickly spread from there. However, Carol had not been feeling well the previous night and had slept at her brother’s house across the street. Carol said this probably saved her life. Later, Carol told Gila Valley Central that a neighbor alerted them to the fact that the house was on fire.

“We were sound asleep,” Carol said. “A man came running all the way up and woke us up, and his wife called the Fire Department.” 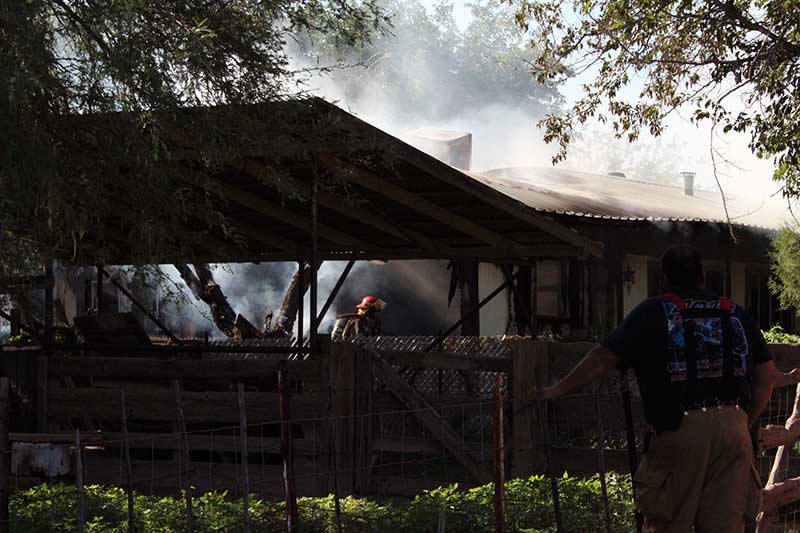 Brooke Curley Photo/ Gila Valley Central: Carol said that she suspected the wax warmers that she liked to use throughout the house started an electrical fire.

Thatcher Fire Chief Mike Payne told Gila Valley Central that they didn’t know what happened as of yet. However, the fact that the double wide trailer had another tin roof added onto it made things difficult to tell just how intense the fire damage was. Nevertheless, the cause of the fire will be completely unknown until the Fire Department can put the fire completely and examine the remains very closely. 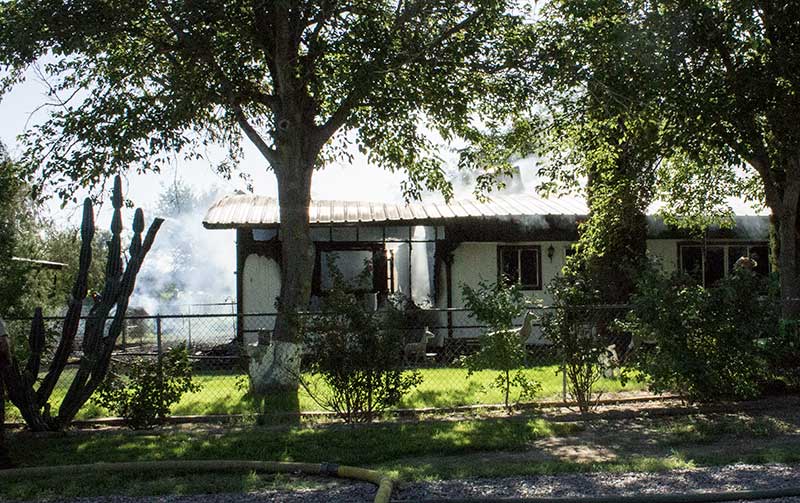 “It’s all rumors right now. We don’t know. We missed half of it when we got here,” Payne said. “Right now we don’t have a whole lot of information. We just need to put it out and get in there and sift around and see what we can find. If we got it(the fire) between the roofs, we’re going to have to pull some of that tin roof off, and get in there and find it and put it out. We’ll see what we got. We’re not sure right now.”

Carol told Gila Valley Central that she had planned to sell the house and that her brother just finished painting it that week. As the Thatcher Fire Department worked to put out the flames inside her home, she said that her life had gone downhill since her husband, Arthur Acosta Chavarria had died in 2014. Carol and Arthur Chavarria had sold papered horses, and Arthur had also been a Thatcher police officer. Carol told Gila Valley Central that since Arthur had died, her beloved beautiful horses had died as well. Now, at the age of 83, Carol hoped to sell both houses on her property and move somewhere smaller. This hope is now completely gone. Carol told Gila Valley Central that she believed the multiple wax warmers that she used throughout the house had started an electrical fire of some sort and set her bedroom ablaze.