SAFFORD – Authorities broke up an apparent grandmother/granddaughter shoplifting ring Oct. 30 after being alerted by Walmart staff that previously trespassed women were in the store.

Upon arrival, an asset protection associate informed the officer that she had witnessed Krystal Rae Rios, 30, select two sets of bed sheets off a shelf and hand them to her grandmother, Angie Ogas Rojas, 71. The employee said she noticed Rios because Rios has committed several thefts at the store in the past and has been trespassed since 2014. She also recognized Rojas as “being involved in several other pending cases”. Rojas has a shoplifting conviction on her record from Safford Municipal Court in 2012.

The employee said Rojas was currently attempting to return the bed sheets (which have a value of $119.76) at the store’s return desk.

Rojas was denied the return because she declined to show the store an identification card, and she and Rios attempted to exit the store. The officer stopped the pair outside of the general merchandise doors and told them to come back inside the store for attempting a fraudulent return. 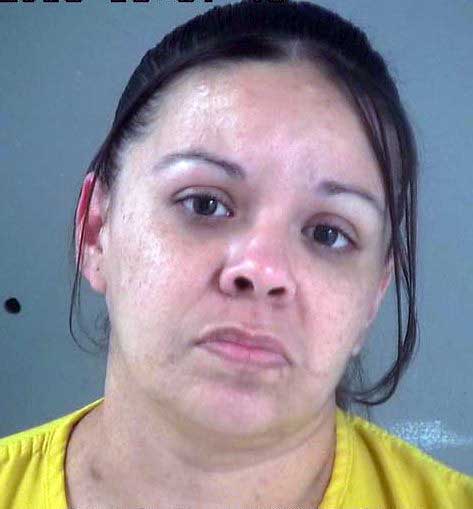 Rios has several convictions and has an open case regarding crimes of trafficking in stolen property and two counts of theft. She is also on probation stemming from a theft conviction in February.

After failing to pay her fines in that case, Rios was held in jail from Oct. 14-19. Two days after her release, she wrote on her Facebook page about her grandmother.

“I want to give a shout out to my grandma Angie for never giving up on me and always keeping faith in me,” Rios wrote. “I love you grandma with all my heart. It means so much to me that you believe in me. (It) feels (sic) my heart with so much joy knowing your (sic) always here for me.”

Because of Rios’ past criminal record, which includes multiple shoplifting and theft charges in the previous three years. the officer arrested her for felony shoplifting and criminal trespass in the third degree. Rios was then booked into the Graham County Jail.

The officer also informed Rios and Rojas that his report would be forwarded to the Graham County Attorney’s Office for review for possible charges of fraudulent schemes for both of them for their actions in allegedly attempting to return stolen merchandise to the store.