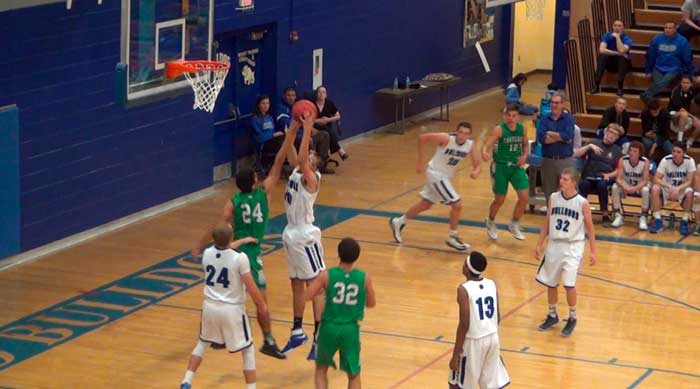 SAFFORD – It was a rivalry game, but the combination of Thatcher’s stifling defense and 3-point accuracy turned it into a blowout as the Thatcher Eagles (3-0) got the win over the Safford Bulldogs (0-3), 71-45.

Thatcher’s defense showed its acumen on the first play after the tip as Trent Ferrin blocked Safford’s Dylan Thompson’s shot out of bounds.

The defense forced Safford into taking bad shots and multiple turnovers, which ultimately led to fast-break points for Thatcher.

“The game plan was to play hard and they did,” Thatcher head coach Chris Cook said. “I think we gave up 17 points in the first half; that was what we wanted . . . We’re not always going to shoot well, but if the effort and defense is there, then we’re happy.” 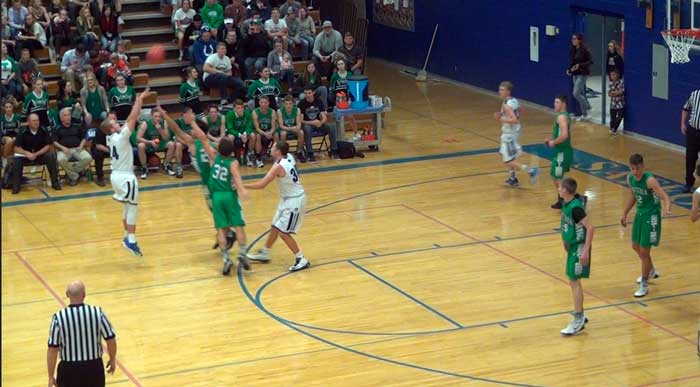 While Safford was held to single digit points in each of the first two quarters of play, Thatcher found the range from beyond the arc and continually punished Safford’s zone defense by hitting shots and passing it to open players in the middle. Logan McMaster found his range from deep with two 3-pointers in the first quarter, and when Carson Goodman ended the period with his own shot from distance, the Eagles had already more than tripled the Bulldogs’ score, 24-7.

By the time 16 minutes were over, the Eagles had opened up a 53-17 lead at halftime and the game was over.

Leading the Eagles were Carson Goodman with 23 points, including three 3-pointers, Logan McMaster with 14 points and two 3-pointers and Dallin Cook with 11 points. The Eagles as a team hit 10 3-pointers in the contest.

“We gave a great effort, and out shots fell like crazy,” McMaster said. “I’m really grateful for that and (that) we pulled off the win.” 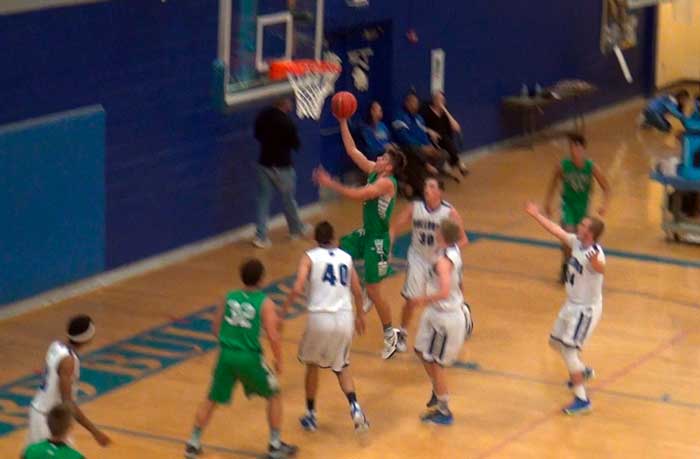 Safford fared better in the second half against Thatcher’s bench and outscored them 28-18, with Thatcher hitting one solitary bucket in the fourth period during a running clock.

Leading Safford were their big men, Cody Polanco and Drew Cochran, with 12 points each.

“I’m extremely happy with the effort and the defense was awesome, so we’re on our way,” Cook said. “

Thatcher is off to the Round Valley Basketball Invitational where it will start against Kingman (1-4) on Dec. 8. Safford next plays at Morenci (3-0) on Dec. 14

The girls rivalry game between Safford (0-3) and Thatcher (4-0) was much closer as it came down to the final possession. The Eagles managed to stay unbeaten, however, by holding off a last second shot attempt by the Bulldogs.

Thatcher had eked out a two-point advantage and Safford failed to foul in the waning seconds, much to the chagrin of Safford head coach Robert Abalos, who, like the crowd, was imploring his players to intentionally foul. 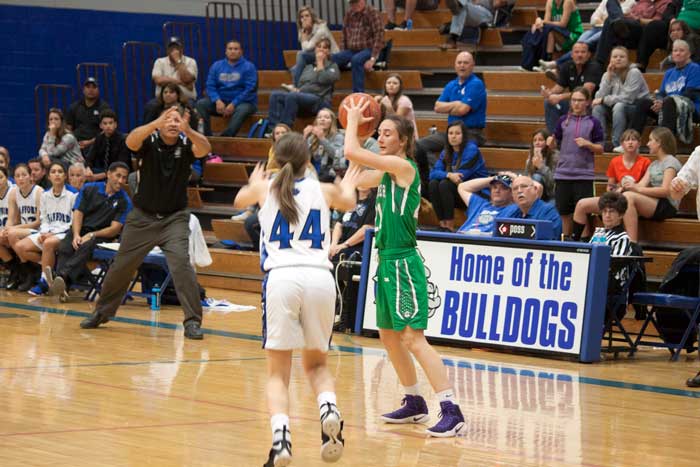 By the time Thatcher missed from the line and Safford got control, it had only three seconds to go nearly the length of the floor. Abalos smartly called a time-out, advancing the ball to mid-court, but the final shot hit just the underneath of the net, and Thatcher escaped with a 46, 44 victory.

Thatcher was paced by Danica Rowen with 22 points and Macee Bingham with 14. 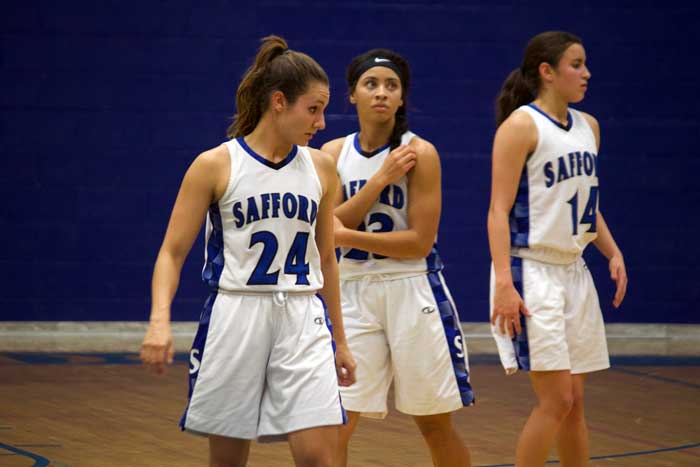