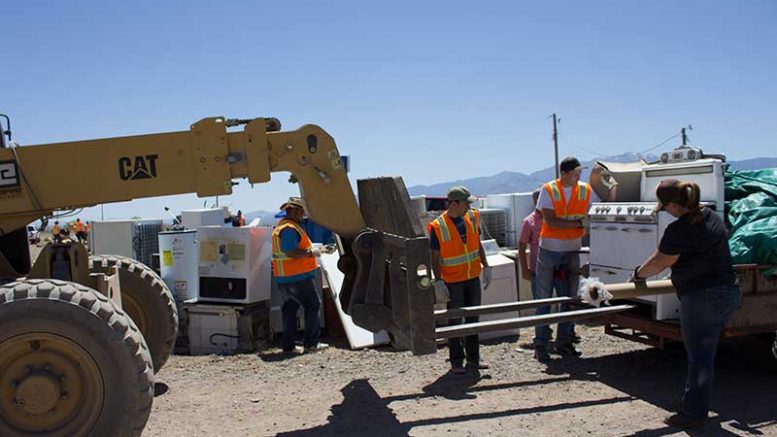 SAFFORD – Long lines at the Safford Landfill lasted from 7:30 a.m. until past noon, Saturday as everyone rallied to unload their electronic waste.

Laura Rogers was one of the main organizers of the second annual E-Waste Recycling event. Rodgers told Gila Valley Central that despite the long lines, individuals who attended the event were understanding and patient.

“They’ve been really cooperative even though the wait was a little bit of time, but nobody was upset about that,” Rodgers said. “We’re jut glad that people are using this service once a year for the electronics and getting rid of the TVs and large appliances, so they don’t end up in the desert. And we’re really proud of what we do here to enable people to get rid of their stuff.”

Tim Lindin, of Southeastern Arizona Clean and Beautiful (SEACAB), arrived at the Safford Regional Landfill early Saturday morning to work with the rest of the volunteers. Lindin said the waste had changed this year from last as many individuals brought refrigerators. Although Lindin said he was glad they were being brought to the event, he stressed that there was recycling services in the Gila Valley for refrigerators.

“If people would just take their old refrigerators out to Metal Mite (Recycling) in Pima, then Ty (Traylor) would pay them $2 apiece for them to recycle them out there,” Lindin said. “Between refrigerators and appliances, it’s been crazy. We were averaging about 40 cars an hour.” 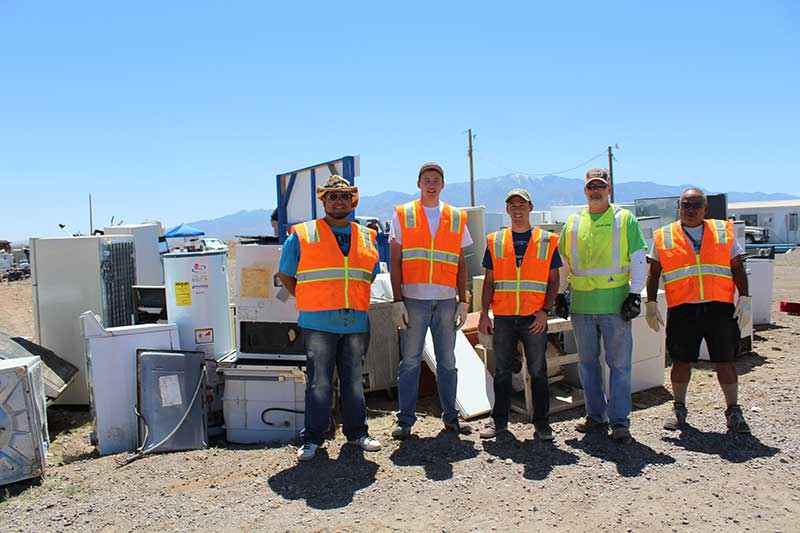 More than 20 volunteers worked together from the early morning Saturday until after 2 p.m to keep the steady line of vehicles moving. Aubrea “Buddy” Romero, with the Graham County Cooperative Extension, said he was happy to contribute his time and effort for the cause.

“I had the opportunity to do community service for the whole community, and so I came here today to just help out the community and do collections for E-Waste day,” Romero said. “It’s been fun. It was a really nice day. If you damage something just a little bit, just give it back and put it back out there so it can be recycled and reused.”

Before the end of the event, more than 300 individuals from throughout the community came to have their electronic waste disposed. Roughly four trailers loaded with 36,000 pounds worth of appliances were hauled away. The electric waste collected was everything ranging from car batteries to computers, televisions and appliances.