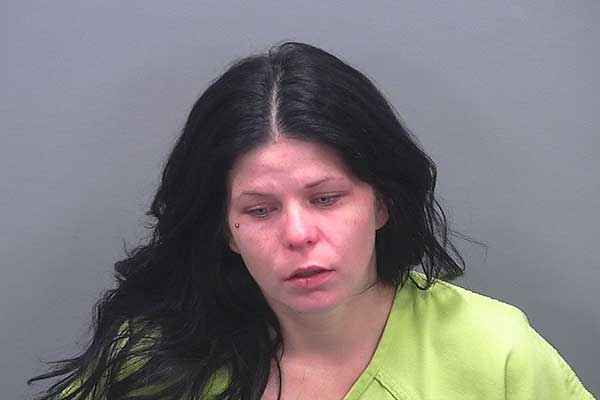 SAFFORD – Tuesday morning around 4:00 am on March 19th, an officer observed a pickup traveling West on Highway 70 without its headlights on. When the vehicle turned off the Highway and onto Bauer Avenue, authorities pulled the truck over. The driver was identified as Brittany Matthews and the officer recognized her and her male passenger from past drug involvements. When the officer asked Matthews for her drivers license, she started looking through her purse and then stated she did not have it with her. Matthews was asked to walk with the officer to his patrol vehicle to give him her information. The officer informed Matthews she had been pulled over because she was driving without headlights on. Matthews was asked if she had recently used any type of illegal drugs or alcohol, which she answered she had not and agreed to taking a series of sobriety tests.

The officer then went to speak with the male passenger where the officer could see in plain view a piece of ripped plastic grocery bag with a white crystal substance on it believed to be methamphetamine. The passenger denied having any knowledge of the methamphetamine. Both the passenger and Matthews were placed in handcuffs. When the officer informed Matthews what was found on the seat where she had been sitting, and was asked when the last time she used meth, Matthews stated she hadn’t used since 2016, but admitted to using marijuana in the last 24 hours.

After all the evidence was collected, the officer released the passenger and told him to call for a ride but advised him there was a possibility he could still be charged. The vehicle was towed from the scene and after Matthews had her blood drawn at the Safford Police Department, she was transported and booked in the Graham County Jail.