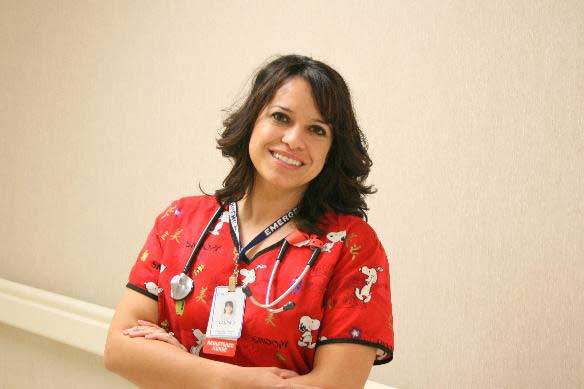 “I’m excited to serve the community of Clifton,” Dorrell said.

While she said she is looking to get her feet wet before making too big a wave, Dorrell expressed her desire to serve in any capacity called upon her.

After interviewing Dorrell and the two other applicants, longtime local journalist Walter Mares and former council member John Freida, in executive session, the board returned to open session and unanimously selected Dorrell to fill the spot vacated by Roy Tyler of Tyler’s Taste of Texas fame. Tyler resigned from his position on the board at its Oct. 13 meeting to explore a business opportunity in Oregon. Since the resignation came after the council’s election, the council was tasked with appointing a person to finish Tyler’s term, which runs through Nov. 30, 2018, according to Town Manager Ian McGaughey.

“A couple of council members remarked that it was probably the toughest decision they had to make since their time on the council just because all three candidates were so strong and they all brought such unique skills and backgrounds to the position,” McGaughey said. “All of them had been longtime Clifton residents and, certainly, all very involved in the community in their own ways.”

Vice-mayor Luis Montoya made the motion to select Dorrell and said he was extremely pleased when he learned she had submitted her letter of interest. He believes Dorrell will bring a new, more youthful perspective to the council.

“I’ve never known Laura to not be involved wholeheartedly in every endeavor,” Montoya said.

Dorrell was a student at Clifton High School when Montoya served as the school district’s superintendent and he said he knew even then that she was destined for greatness.

“I have no doubt she will do well on the council,” Montoya said.

Dorrell was born in Morenci and is her fourth generation to be from Greenlee County. After graduating from Eastern Arizona College and the University of Arizona (UA) with a bachelors of science in general biology and molecular and cellular biology, she went back to UA to get her nursing degree so she could find gainful employment in her home county, according to her biography with Greenlee County Economic Development.

“I really love the community,” Dorrell said. “I choose to live here. I could have chosen to live anywhere else, pretty much in the world, but I came home. I love the area, and I love serving the community, so anything I can add or help with, that’s what I want to do.”

Working as the nurse manager at Gila Health Urgent Care didn’t completely fulfill her desire to serve the community, so Dorrell started her own nonprofit health organization, the Community Health Assistance Program. The program assists those in need of monetary help for medication and travel expenses, among other needs.

Dorrell also was elected to the Greenlee County Chamber of Commerce Board and is currently its chairman. Dorrell told the council that while she intends to remain involved with the chamber, her role will be diminished after this year to devote more of her time to her new position. Additionally, Dorrell’s tenure as chairman will time out this January.

“It’s made up of people from Morenci, Clifton and Duncan, so it’s a great mix of the whole county,” Dorrell said.