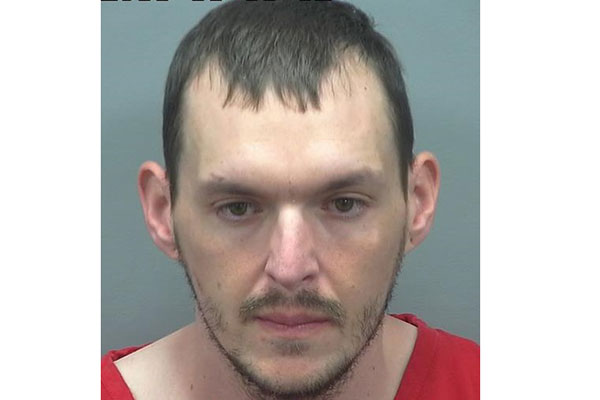 GRAHAM COUNTY – A man who robbed JoBi’s Market Saturday at knife point said he did it so he could go to jail.

According to the police report, a man identified as Jason Winter, entered JoBi’s Market Saturday afternoon and walked around for about 5 minutes before approaching the cashier with a knife, demanding money. Winter apparently ate half a candy bar during his wanderings through the store and left the uneaten half in the candy section where it was later found by employees. Winter approached an employee who was stocking the refrigerator with fishing worms and asked questions about the worms and the lakes in the area.

One of the employees had gone to the back of the store to view the cameras because of Winter’s behavior. Winter then walked behind the counter where another employee was in arms reach of him, and pointed a knife at her as he stated he “needs money,” “this is a robbery” and “someone is out to kill me.” The employee handed him the money from the register while the other employee at the front of the store radioed the employee in the back of the store to call 911. The employee who called 911 recalled Winter saying he “was in fear of his life” and “needs to get out of town.” The employee told police that Winter was “fiddling around, putting his hands in his pockets and kept looking up at her.”

Winter left the store, threw his knife in a ditch and began walking south on Highway 191 before turning around and walking north, toward town. Winter stayed close to the store until officers arrived and took him into custody. The knife and the money were recovered. While being booked into the Graham County Jail, Winter asked how long he would be in jail and what mental hospital he would be going to.

Winter apparently arrived in Graham County from Texas a couple of weeks ago by bus and was staying with people in the Thunderbird Mobile Home Park. He told police that he wanted to commit a crime so that he would be arrested and have a safe place to be. He claimed that an acquaintance who has some connection with the cartel was upset with him and had put out a hit on him. Winter stated that the cartel followed him from Texas, trying to kill him and that he cannot get away from them. He told investigators that he was not trying to hurt anyone; he just wanted to be picked up on a charge, so he could have a safe place.

Police interviewed a man and woman at the scene who said they had been asked by a friend to pick up Winter and take him to an ATM. When the couple realized Winter was robbing the store, they called 911 and left the scene, fearing for their safety. The man and woman later came back and gave their statements to police. The woman told investigators that she only knew Winter as “Jay,” and that she did not know he was going to rob the store. She told police that she had no plans to be a getaway driver for “Jay.”

In a subsequent interview at the Graham County Sheriff’s office, Winter seemed to be foggy on the details of the robbery. When asked what happened, Winter reportedly said, “I don’t know,” then said that he had robbed a store. During the interview, Winter said that he pulled the knife out but didn’t touch anyone with it. When asked if he pointed the knife at anyone, he said that he didn’t know. He said that he remembered three people inside the store and that he told them that he needed money. He stated that he didn’t remember what else he might have said but stated that he did not go after anybody with the knife, that he was just using it to get the money.

Winter was booked into the Graham County Jail on charges of armed robbery, burglary in the third degree and aggravated assault.