Jon Johnson Photo/Gila Valley Central: A construction worker was found dead on top of the Mt. Graham Shopping Center on Jan. 18. The cause of death is still under investigation.

SAFFORD – A construction worker was found dead at his job on top of the Mt. Graham Shopping Center on Jan. 18.

According to employee accounts, Francisco Villa-Maldonado was found unresponsive on the roof in the early afternoon. Cardio Pulmonary Resuscitation efforts failed, and Villa-Maldonado was later declared deceased. He was reportedly working on installing flashing – a product that helps direct the flow of water around openings – to the roof when he was found.

Graham County Dispatch alerted Safford officers to the scene at about 3:40 p.m. The officers assisted in getting Villa-Maldonado off the building to awaiting paramedics, according to witness accounts.

The cause of death is unknown and is still under investigation, according to Safford Police Chief Joe Brugman. Detectives with the Safford Police Department are waiting on an autopsy from the Pima County Medical Examiner’s Office to reveal more information as to how Villa-Maldonado died.

The shopping center is in the final phase of a $750,000 facade renovation led by contractor Division II Construction Inc. out of Tucson. Division II has built numerous commercial entities throughout southern Arizona, including multiple retail centers, schools, offices, churches, skyboxes at the University of Arizona’s football stadium and medical facilities and has done restoration of historic buildings.

Gila Valley Central will provide an updated article when more information is available. 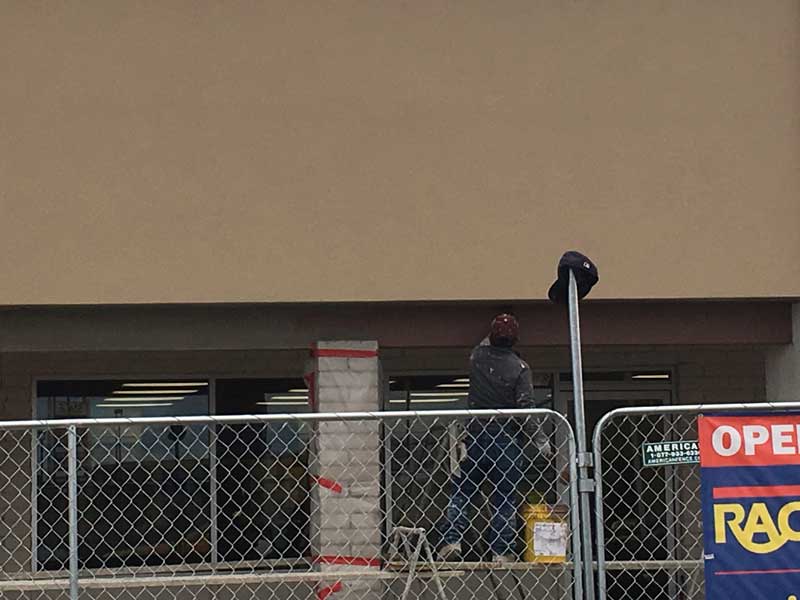