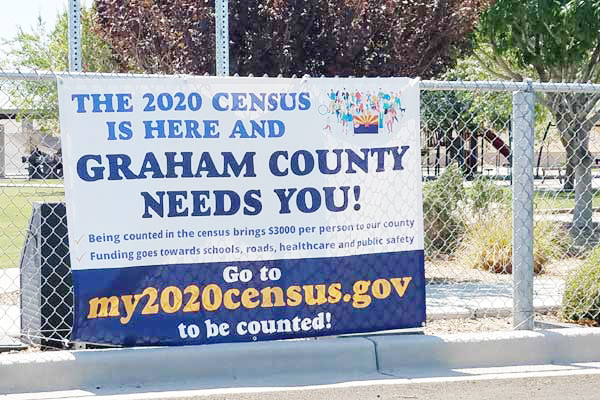 THATCHER — While both Thatcher and Safford are outpacing the state as a whole when it comes to response to the U.S. Census, workers are now starting to go door-to-door to get information from those yet to reply.

“They started a couple weeks ago, and they’ll be going through the end of October,” said Ashley Smith, who is coordinating Graham County’s Census response.

Smith said homeowners will be able to confirm if a person knocking is actually working for the Census Bureau.

Oro Valley is the top responding community in the state, at 76.3 percent, while Pima and Maricopa are tied for best responding county at 64.7 percent.