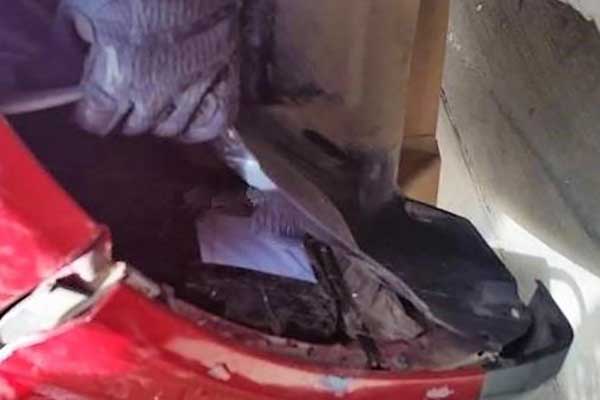 CBP Officers at the Dennis DeConcini Pedestrian Crossing referred a 22-year-old Nebraska woman for further inspection when she attempted to enter the U.S. from Mexico early Friday morning. Following an alert by a CBP narcotics detection canine, to a scent it was trained to detect, the Omaha, Nebraska, woman removed a single container filled with .17lb. of heroin from a body cavity. The drugs have an estimated value of nearly $4,800.

Later that morning, officers at the DeConcini Crossing referred a Volkswagen sedan for additional inspection as the 39-year-old Mexican male driver attempted to enter the U.S. from Mexico. A canine alert led officers to the discovery of eight packages of drugs in his vehicle’s quarter panels. The drugs were identified as almost 21 pounds of cocaine, worth nearly $503,000.

Saturday evening, officers at the Dennis DeConcini Crossing referred a 38-year-old Nogales, Sonora, Mexico, man for a further inspection of his Ford truck. After a canine alert, officers removed 70 packages of meth from within the fuel tank. The packages contained more than 72 pounds of meth, worth more than $216,000.

Officers seized the drugs and vehicles. The subjects were arrested and then turned over to U.S. Immigration and Customs Enforcement’s Homeland Security Investigations.