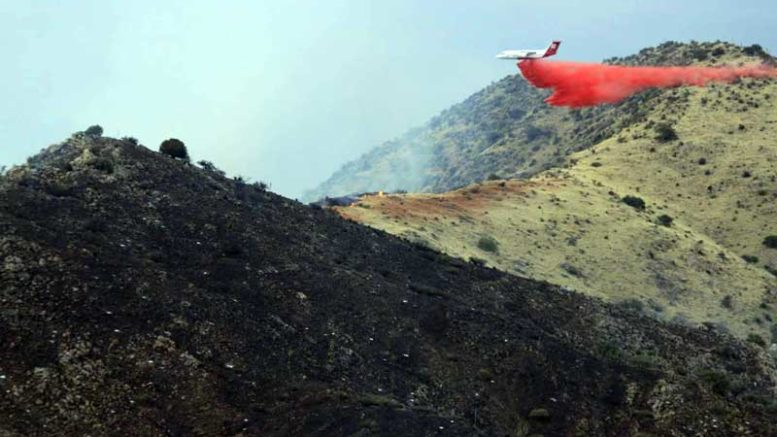 Contributed Photo/Courtesy Ron Schoonejogen: A single-engine air tanker drops a load of retardant on the Crack Tank Fire on July 7. The cause of the fire is still listed as undetermined.

GRAHAM COUNTY – The cause of the Crack Tank Fire that burned roughly 110 acres on the western side of the Pinaleño Mountains July 7-8 has been officially listed as undetermined.

With the fire fully contained and extinguished, the cause may never be realized.

The Crack Tank Fire began on the afternoon of Friday, July 7, exactly one month after the lightning-caused Frye Fire began. It was located roughly 12 miles west of Fort Grant. With isolated thunderstorms seen and photographed in the general area roughly two hours after the fire’s start, it was initially reported that the fire was believed to be lightning-caused as well.

However, Ron Schoonejongen, who was in his cabin near the fire’s start, said he was there when the fire began and no storm clouds or lightning could be seen. 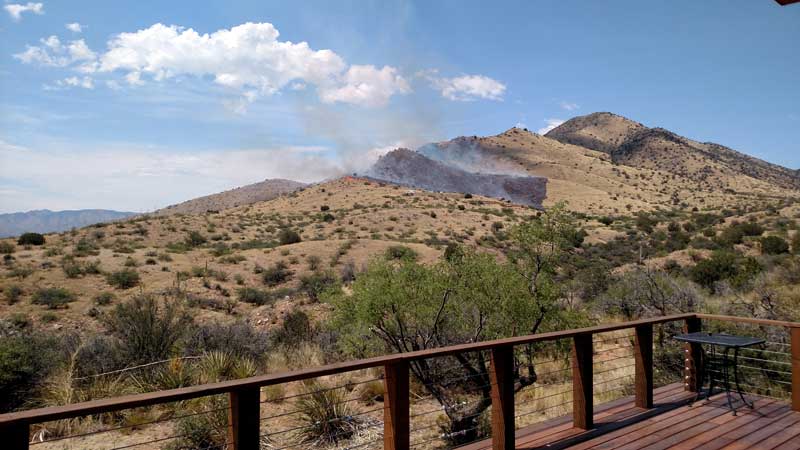 Contributed Photo/Courtesy Ron Schoonejogen: At the start of the Crack Tank Fire, the sky was mostly blue with only a few, white, puffy clouds.

“I was at our cabin, which directly faces the location where the fire started approximately one-third of a mile away,” Schoonejongen wrote in an email to Gila Valley Central. “There were no thunderstorms at the time of the start of the fire. The sky was blue with very few puffy clouds.”

The location of the fire is in a wilderness area and, officially, it is unknown how it started. 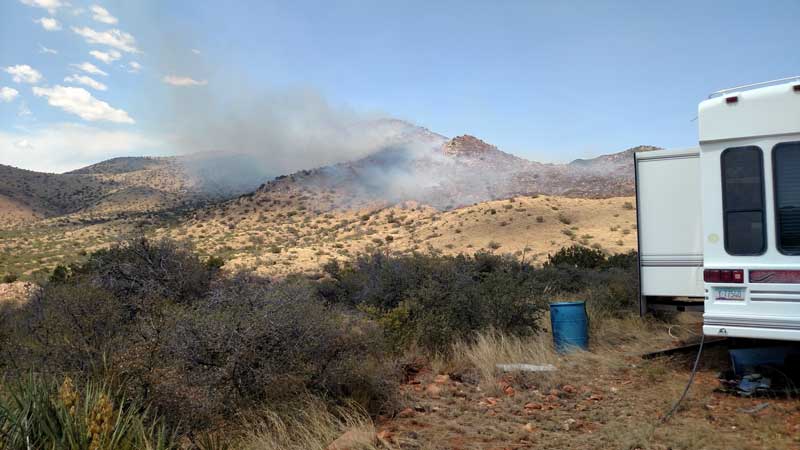 Contributed Photo/Courtesy Ron Schoonejogen: This vantage of the Crack Tank Fire shows virtually no clouds in the area at all.

“I have not heard what assessment the fire inspectors have made as to the cause but from my photos and eyewitness account, I know this fire was not lightning-caused,” Schoonejogen said.

What is known is the response that was given by the Forest Service and its resources fighting the Frye Fire on Mount Graham. With the Frye Fire having minimal activity, the Forest Service authorized a couple of crews, a dozer, and air support, including helicopters, a tanker, and single-engine planes, to attack the Crack Tank Fire, which was burning near Lindsey Canyon. 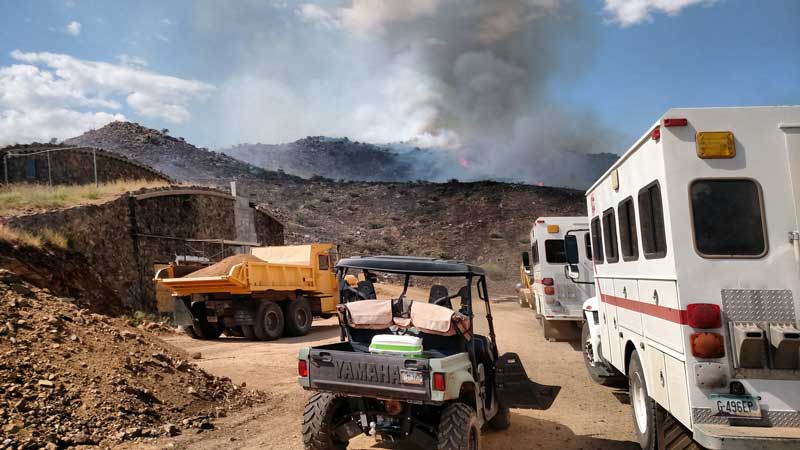 Contributed Photo/Courtesy Ron Schoonejogen: The quick response to the fire by the Forest Service contained it to 110 acres and just one day of burning.

Planes dropped retardant on the area and helicopters pitched in with water drops as firefighters also responded to the scene on the ground.

“Because we already had resources out here and the fire behavior was a little slow they felt comfortable enough to send them out since they were already here,” said public information officer Clifton Russell. “We were happy to respond and help out local crews.” 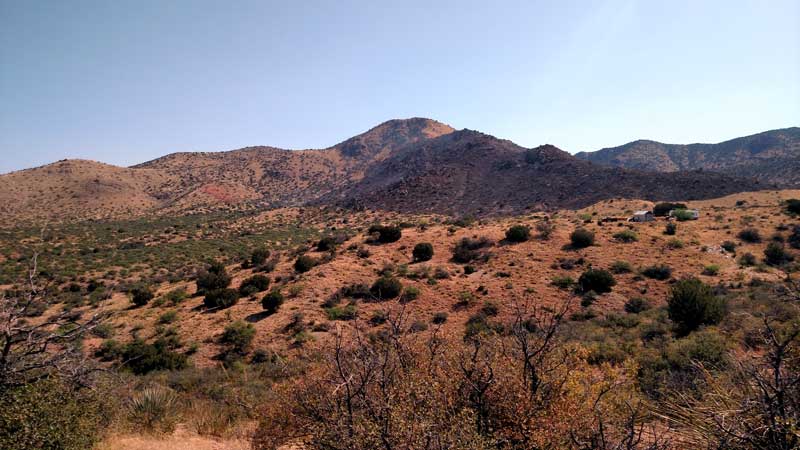 Contributed Photo/Courtesy Ron Schoonejogen: This photograph shows the aftermath of the Crack Tank Fire. No structures were damaged. This picture was taken Saturday, July 8.

The quick response, as well as another one at the Black Rock Fire on Bureau of Land Management property northwest of Safford, knocked down both of the fires by the following day with no loss of structures.

The Crack Tank Fire had previously been listed at roughly 200 acres but was downgraded to 110 acres after more accurate mapping was performed.