Gilbert attorney David R. Wroblewski has been disbarred for the second time.

PHOENIX – After previously winning an appeal on an order disbarring him from practicing law in Arizona, attorney David R. Wroblewski, of Gilbert, has consented to disbarment.

According to a press release from the State Bar of Arizona, the Presiding Disciplinary Judge of the Arizona State Supreme Court accepted Wroblewski’s consent to disbarment on June 30. Wroblewski previously won an appeal of his Dec. 11, 2015, disbarment and was instead serving a four-year suspension. 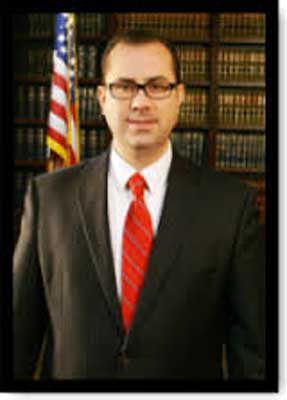 At that time, the State Bar of Arizona noted Wroblewski “failed to communicate and diligently represent numerous clients, sometimes performing little or no work for clients who had paid him for the firm’s legal services” and that he failed to adequately supervise his staff. Wroblewski was then ordered to serve a two-year probation period during the suspension and pay $24,265 to the State Bar of Arizona for costs incurred during all the proceedings against him.

The mismanagement of his firm, David Wroblewski and Associates, resulted in multiple violations which caused “injury to his clients, the administration of justice, and the profession”, according to the State Bar of Arizona. The firm also handled DUI cases and criminal law.

However, after the suspension was initiated, the Bar received additional information from an attorney for a Chapter 7 Bankruptcy Trustee, as well as an order from the Chief Bankruptcy Judge in Arizona detailing Wroblewski’s conduct, which led to his consent to disbarment, according to the news release. The order also noted that it was not for publication.

The Supreme Court Hearing Panel originally disbarred Wroblewski in 2015 after his firm had misconducted itself while representing nearly 250 bankruptcy clients.

According to the Bar, in early 2013, Wroblewski’s firm had “no significant support by attorneys or non-lawyer staff to handle pending matters or properly communicate with clients. Despite the lack of staff, the firm continued to accept clients.”

With the disbarment, David Wroblewski will no longer be allowed to practice law in Arizona.

Wroblewski and his firm and firm’s attorneys were then removed as counsel of record in all cases and proceedings in Arizona by order of Bankruptcy Judge Daniel Collins.

Wroblewski was also previously reprimanded and placed on probation for two years on Jan. 10, 2012.

As part of his June 30 disbarment, Wroblewski was ordered to pay $3,379.34 for the costs and expenses associated with the disciplinary proceedings to the State Bar of Arizona.

About the State Bar

The State Bar of Arizona is a non-profit organization that operates under the supervision of the Arizona Supreme Court. The Bar includes approximately 23,000 active attorneys and provides education and development programs for the legal profession and the public. Since 1933 the Bar and its members have been committed to serving the public by making sure the voices of all people in Arizona are heard in our justice system.