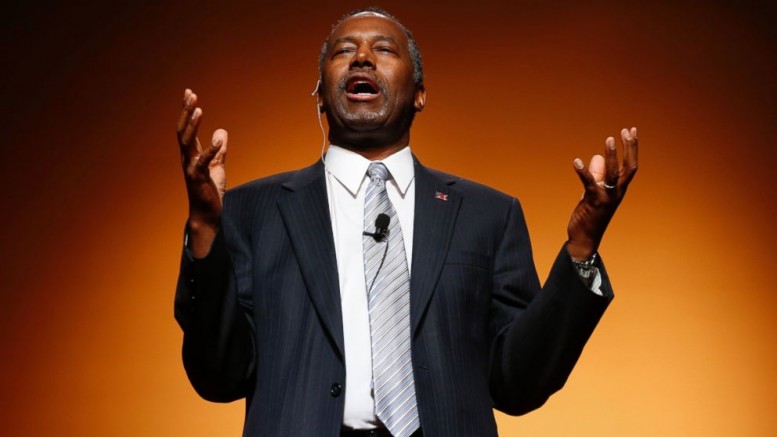 PHOENIX (AP) — Republican presidential candidate Ben Carson said Thursday that the U.S.-Mexico border can be secured in one year and promised to finish a job that has taken decades to come close to accomplishing.

The political newcomer told a telephone town hall audience in Arizona that double fencing and more Border Patrol officers, National Guard troops and technology can get the job done.

“All we have to do is agree upon doing it. And I believe we wouldn’t have any problem doing that in less than a year,” Carson told the call-in audience. “I don’t make political promises, but that’s as close to one (as) I would make.”

The retired neurosurgeon, among the leaders in a crowded GOP field, also said he’d allow people in the country illegally to stay as guest workers but would not carve out a special path to citizenship for them. They’d have to register within six months, he said.

“If they don’t get registered during that six-month period they are illegals and will be treated accordingly,” Carson said. “But if they get registered during that time and they have a pristine record they will be able to be guest workers in areas where we need guest workers. They have to pay a back tax penalty and they have to pay taxes going forward.”

Employers also would have to chip in for health insurance, Carson added.

Carson’s comments come as the Border Patrol has been working for a decade to boost security. It has added hundreds of miles of fencing and more than doubled manpower along the southwest border. Immigration from Mexico has also slowed considerably this decade, and the number of immigrants apprehended in the Border Patrol’s Tucson, Arizona, sector in 2014 dipped to a 22-year low. Nearby Yuma plummeted to 1960s lows starting in 2011 as double-fencing was installed on the flat stretch of desert.

But officials in Arizona still complain about crime by smugglers who bring in drugs and people from Mexico. It is common to have large amounts of marijuana and other drugs confiscated from groups making their way across the desert.

Carson also warned that not closing the border leaves it open to terrorist infiltration.

“When you consider there’s a global jihad movement going on and that they are very desirous of planting their people within our society we should be doubly concerned about this rather than lackadaisical,” he said.