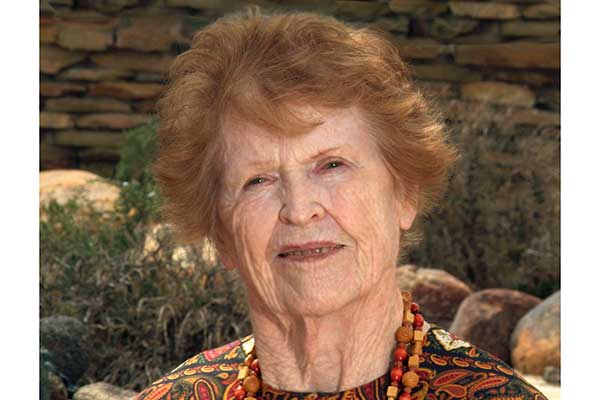 Carmen Richardson Smith, age 101, was born and raised on a farm in Graham County in an area called Lebanon, south of Safford, on September 8, 1916. She is the oldest child of Edmund Wilford Richardson and Effie May Lee. Her parents taught school, so she attended school where her parents taught—in Lebanon, San Jose (Arizona), Thatcher, and Safford. She attended her last year of high school at James A. Garfield High School in Los Angeles, California, and graduated in 1933 at age sixteen.

She attended Gila Junior College in Thatcher, Arizona and graduated in 1936. Carmen then went to Los Angeles to attend Woodbury Business College. She returned to the Gila Valley, and worked as a secretary for the partnership firm of Spencer W. Kimball and Joseph Greenhalgh who sold insurance and real estate. She returned to Los Angeles to become the secretary to the West Coast sales manager of the E. R. Squibb & Son, a national drug firm. She returned to the Gila Valley and worked for Kimball-Greenhalgh for a total of six years. After Spencer Kimball was called to be an apostle in the L.D.S. Church, she was employed at the Graham County Court House as Court Reporter until her call to serve a mission for the L. D. S. Church in Mexico in 1946.

Carmen was Secretary of the Mt. Graham Stake YWMIA Board and then served as President of the Stake YWMIA Board during World War II. She attended BYU in 1947 where she was paid to take and transcribe the Devotional speeches in shorthand. She returned home to marry Omer James Smith in the Mesa Arizona Temple on February 26, 1948. Her husband was made Bishop of the Central Ward a month after their marriage. She enjoyed playing the piano and organ for the ward, and she served in the MIA, Relief Society, Primary, and Sunday School.

She supported her husband in his callings and raised her family in the love of the gospel of Jesus Christ. Early in life she became interested in family history, and after marriage, she researched her husband’s family as well as her own. She compiled a wealth of genealogical information and family history which has blessed the lives of her family.

Funeral services for Mrs. Smith will be conducted Saturday morning, April 7, 2018, at 10:00 a.m., at the Pima L.D.S. Stake Center by Bishop Brandon Welker of the Central Second Ward. Concluding services will follow in the Central Cemetery.