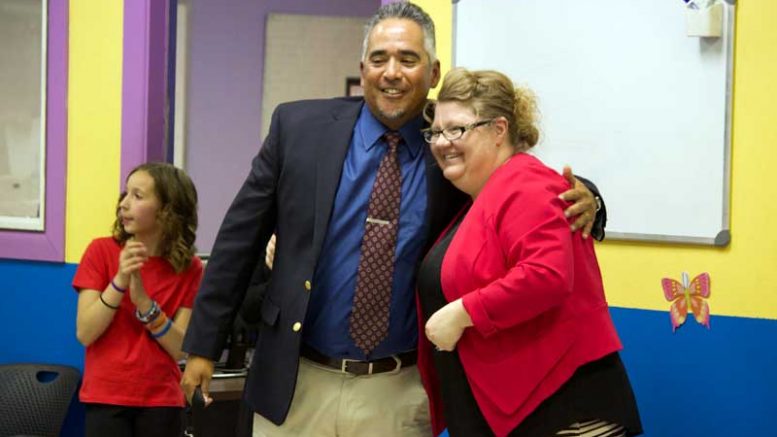 SAFFORD – Shakespeare described the parting of young lovers as sweet sorrow. While the love the members of the Boys & Girls Club of the Gila Valley have for departing club director Shelly’e De Leon is different, it is no less significant, and the sorrow still shines through as if lit by the sun.

The club held its open house Friday night to a packed room and used the venue as a farewell to De Leon and to welcome new chief executive officer/director Mick Ruiz. De Leon had a short, but memorable tenure at the club, replacing former director Aimee Staten in October 2015 after Staten left for Globe. Prior to taking over for Staten, De Leon served as the club’s art instructor and crime prevention coordinator. 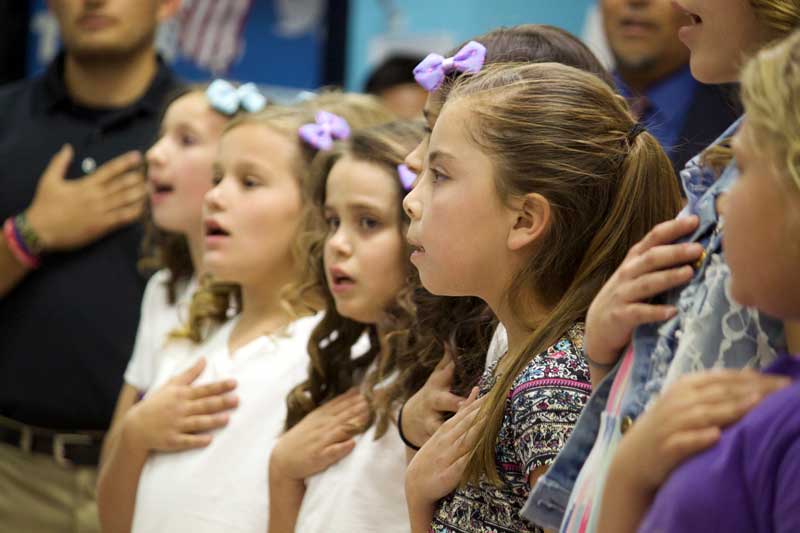 One had to look no further than the tears on the faces of the many club members and the outpouring of support at her farewell to know what kind of impact De Leon had. After singing You are my Sunshine to De Leon, several members of the glee club could no longer hold back their tears.

Club member Maddie Condari was one of the many who could not hold back her emotions.

“We’re all just going to really, really miss you,” Condari said between tears. 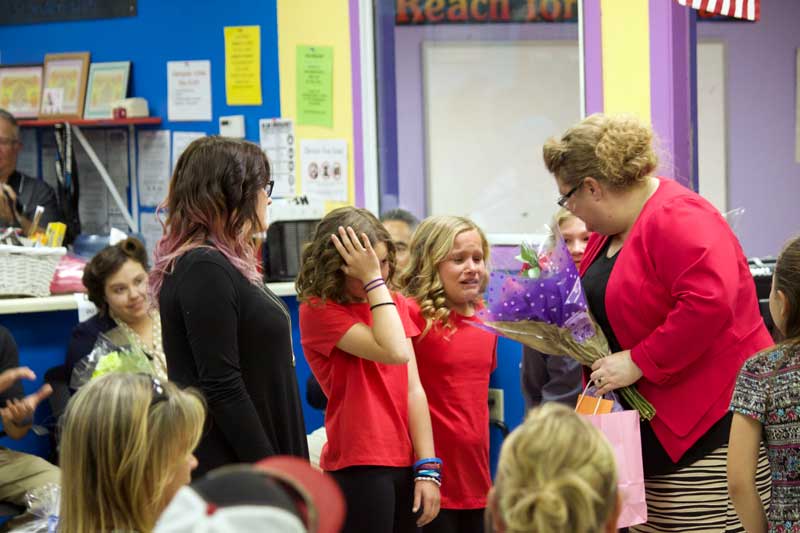 Change is inevitable, however, and in this case seems to be the right thing to do. De Leon told Gila Valley Central that she is taking her dad back to his home state of Arkansas, where he will undergo a kidney transplant from a live donor.

“It’s more than just a regular move, it’s an emotional and spiritual move,” she said. “I just hope I have some more time with my dad.”

The club also has a changing of the guard in the first supportive position as manager Ashley De Leon has stepped down as well. Filling her shoes is Philip Ornelas.

“Coming into this job, I asked myself, ‘Why do I want to take this job?’ The second I came through the door, I saw the kids,” Ornelas said. “It was easy for me to decide to take this job because once you see kids like this then you know that you’re here for a reason.” 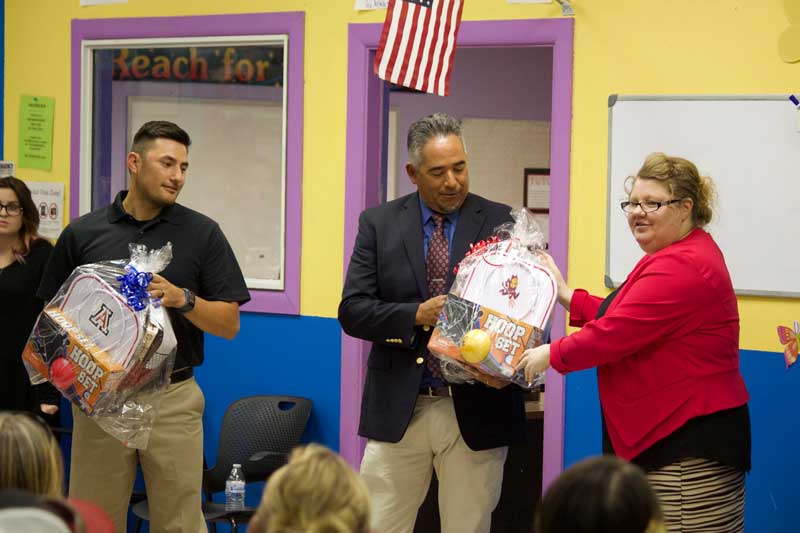 Ruiz said it was his honor to be part of the organization and that he is entering his position by standing on the shoulders of the giants who preceded him.

“I’d like to thank the board, the president, James Bryce, and the vice president, Ed Ragland, and the rest of the board members for having the trust and confidence in me and hiring me for this position,” Ruiz said. “I tell you what, I would do it for free, but I’m not.” 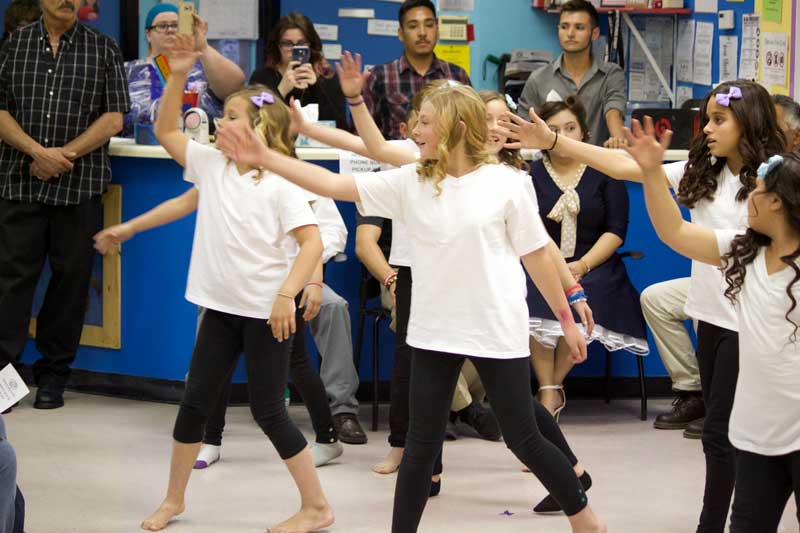 Ruiz is a product of Morenci. After graduating from its high school in 1983, he promptly joined the Navy, which he served in a medical capacity to assist Marines for 30 years.

“It was a good opportunity that this came up, and I was given the chance to do this,” Ruiz said. 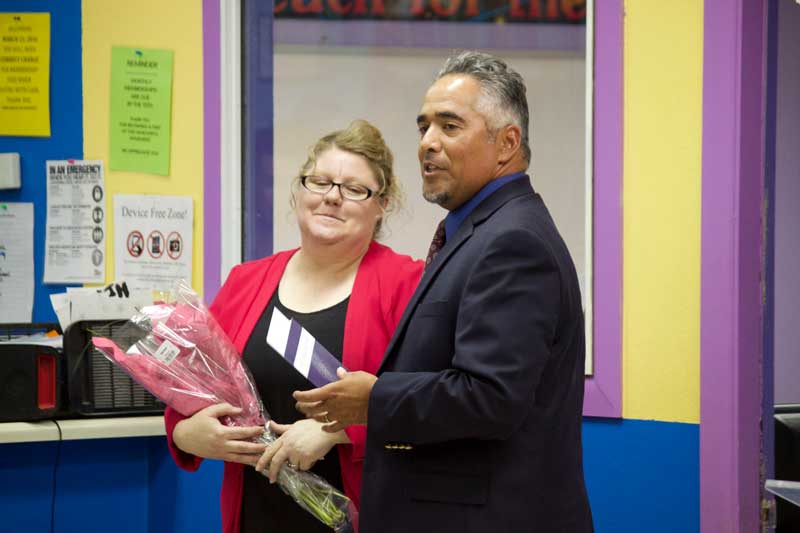 He said he coached a lot of youth sports during his time in the military, and that background was one of the driving forces that pushed him toward the position at the club.

“I just really enjoyed that, not only in a coaching sense but also in a mentoring and leadership sense,” Ruiz said. So, when I came back to Arizona and up to Morenci, that was the first thing I started looking into was coaching.”

After all the performances were over, gifts exchanged and new officers introduces, Shelly’e De Leon gave her final speech as director.

“I have truly enjoyed my time at the Boys & Girls Club of the Gila Valley,” she said. “When I was hired in 2012, my intentions were to teach. Little did I know how much I would learn. I am blessed to have been a part of this fabulous movement. When you give of yourself, you change lives.

I long to see the Gila Valley open their hearts and give of their time to help train and teach our citizens of tomorrow. One day, these very members will be leading our community. Investing in them now will ensure our future.”

The Boys & Girls Club of the Gila Valley has about 140 active members and sees roughly 90 children attend on a daily basis. The club offers a variety of programs for the youth and helps with homework and to teach boys and girls how to be upstanding members of their communities.”