Jon Johnson Photo/Gila Valley Central: Rich Bishop with Safford's Building and Maintenance Department, examines how to finish the edge of the building. The Boys & Girls Club of the Gila Valley is having its deteriorated roof replaced.

SAFFORD – The rusty, corrugated galvanized metal is being replaced with study new metal roofing and the issues of leaks that have plagued the Boys & Girls Club of the Gila Valley will soon be a thing of the past. 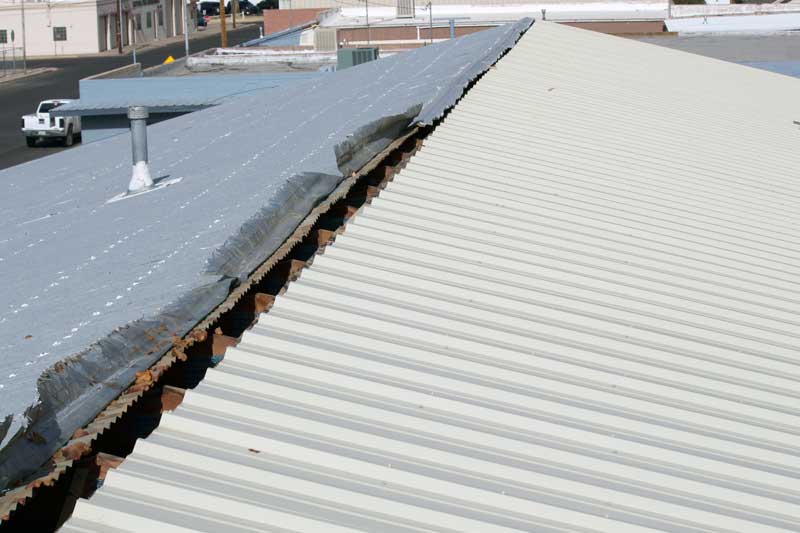 Safford Mayor Jason Kouts and some workers from his business, Kouts & Sons Construction, donated their time and began removing the old roof Wednesday. By Thursday, city staff on the construction crew of its Building and Maintenance Department had roughly half of the building finished, showing the damaged old roofing side-by-side with the new material. Kouts said he and his guys will return to remove the rest of the old tin Monday, and the city crew said they should have the project finished by next week. 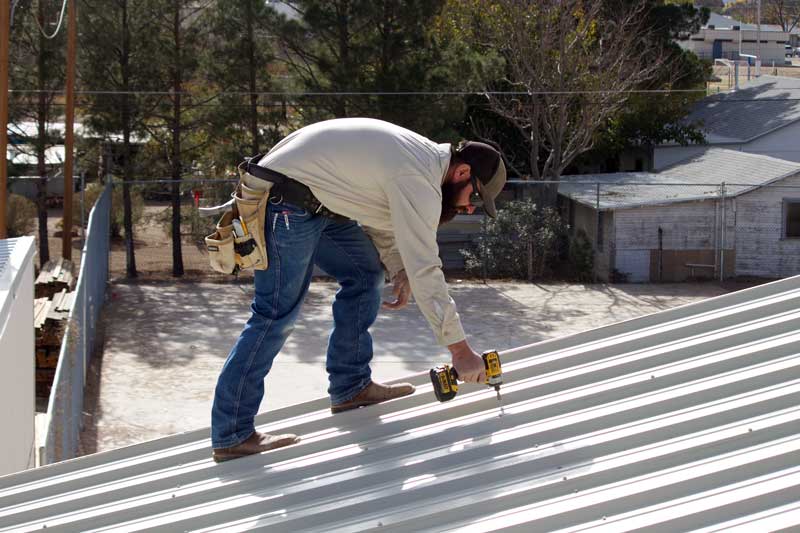 The roofing was made possible by a $10,000 donation from the Safford-City Graham County Library, which had earmarked the money for use in the library’s restroom remodel. The library saved enough of its renovation budget to provide the donation after deciding to complete its project with city labor as well.

While insurance companies have replaced numerous roofs in the Safford area following the freak October 2016 hail storm, due to the age of the Boys & Girls Club roof and the preexisting damage, insurance only provided a small payout to replace shingles above the two entrances.

At a Safford City Council meeting, April 10, Safford staff engineer Lance Henrie requested the transfer of funds from the library to the club. He said he received a “tremendous” deal on the metal for the new roof and if the city waited to bid the project it would have likely cost $40,000 to $60,000. The council then unanimously agreed to transfer the funds.

Before the replacement, the roof was so bad that the club had gotten used to removing various ceiling tiles and capturing rainwater in trash cans. 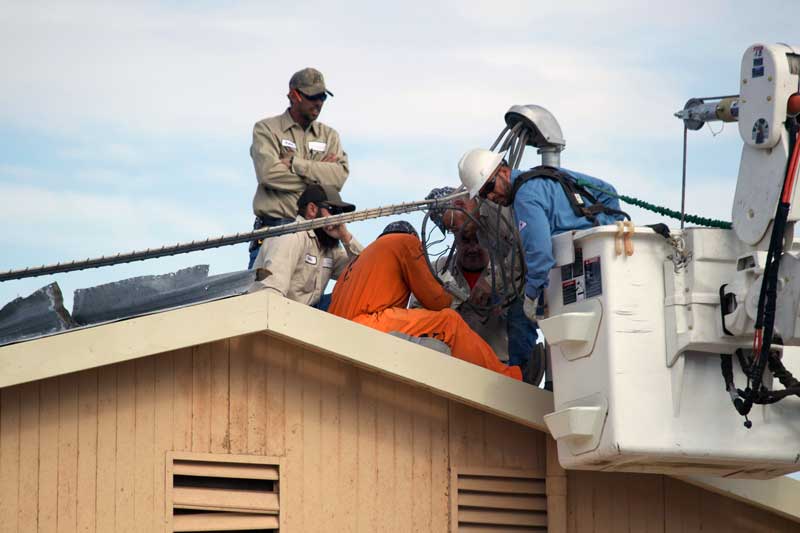 Jon Johnson Photo/Gila Valley Central: The Safford Electric Department also had a hand in the project.

The issue for the roof was the age of the material and the type of lead-headed nails, which became loose over time due to the wind and other environmental factors and allowed water to leak inside.

On Thursday, a crew from the Building and Maintenance Department was busy at work in conjunction with the city’s electrical department, which had to fit a new boot on the main power line into the building after running it through the new roof. A couple of inmate laborers were also on hand to help with the roof replacement.

The club’s building is owned by the city of Safford, which also pays the lease on the land where the club’s playground sits. The club has about 160 children currently enrolled and provides after-school assistance in a variety of programs for the youth and gulps with homework and to teach boys and girls how to be upstanding members of their communities.