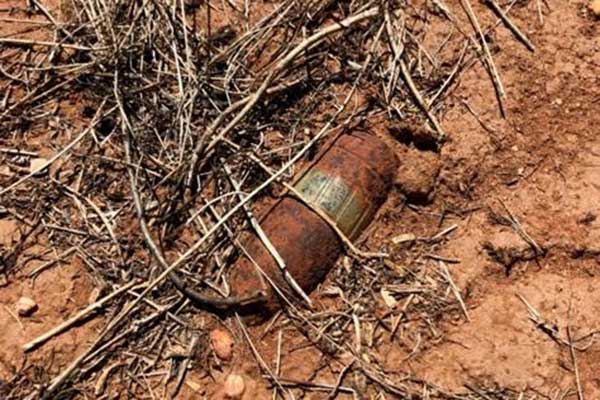 BISBEE – A Border Patrol agent assigned to the Brian A. Terry Station in Bisbee reported finding an unexploded  MK2 37mm ordnance round from World War II near the international boundary fence Friday afternoon.

While patrolling near the international border, an agent reported finding what appeared to be an unexploded explosive round of ammunition. Cochise County Sheriff’s deputies provided agents with assistance in setting up a safety perimeter.

On Tuesday morning, an Airman assigned to the Explosive Ordinance Disposal Unit from Davis Monthan Air Force Base responded to the scene and confirmed the ordnance was a live round. After determining its current location was the safest place for disposal, the EOD Airman detonated the round in place.

Public safety is the first priority for all law enforcement personnel. This incident provided an opportunity for the U.S. Border Patrol, Cochise County Sheriff’s Office, and the Department of Defense to join forces in order to achieve a harmless outcome while keeping the community safe.

Anyone finding any type of explosive is advised to not touch it and alert authorities right away.