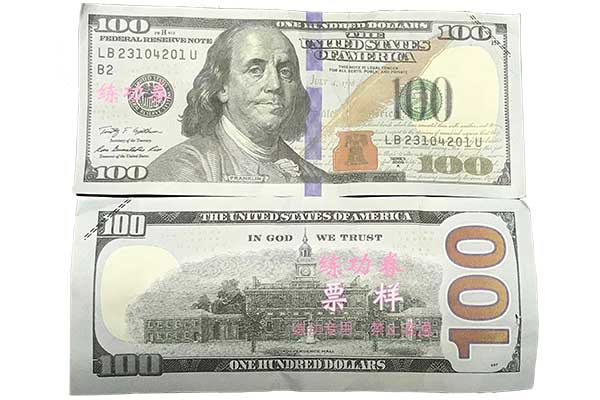 A couple of cases of alleged fraud have recently hit the Gila Valley. A local catering business was recently contacted via Instagram by a person in California, who said she wanted to book the local caterer for a wedding in California. The woman in California, who identified herself as Lashaunta Washington, eventually sent 2 checks to the caterer. After the checks were deposited, Washington called back and said she had found a family member to cater the event and said she wanted her money back.

The caterer used a debit card to wire the money back to Washington. Shortly thereafter, the bank contacted the caterer to inform her that the checks Washington had sent were no good. Efforts to stop payment on the wire transfer were unsuccessful.

A second incident occurred at a local convenience store. The store manager contacted Safford Police to report a fraudulent $100 bill that had been processed by the store. The store clerk had apparently failed to check the bill before accepting it. After the bill was deposited, the bank notified the store that it was fraudulent and would not accept it. The investigating officer noted that it was obviously fraudulent, that there was a blue mark through the bill that had missing areas, Chinese writing engraved in tape located in the middle of the bill, which had been ripped in one place. The bill also had improper water marks and didn’t feel like real money.

The store manager was able to identify the person who had allegedly passed the bill to the store, but the man denied having any knowledge about the bill being fake. He first claimed that he had received the bill from the bank. When police pointed out that banks routinely check for fraudulent bills the man then said that the bill may have been passed to him at a swap meet. When shown the bill, the man said that he did not remember ever handling the bill, nor using it at the convenience store.

He was trespassed from the store and warned that he would be criminally charged if he returned.

How to spot a counterfeit bill

Here are some tips from the US Treasury Department:

If you believe you have received a counterfeit bill, the U.S. Treasury advises you to do the following: