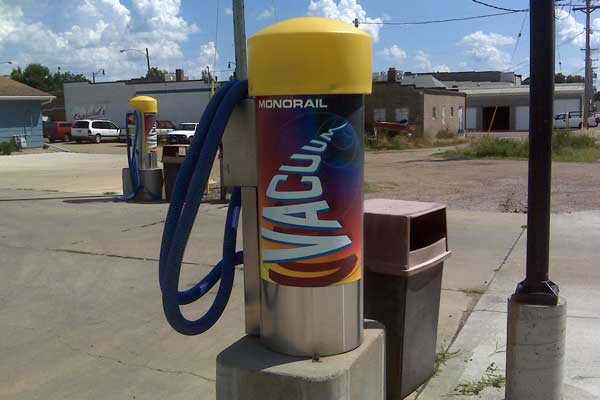 Police have recently responded to a handful of cases of criminal damage. On Wednesday, a local carwash reported that someone had tried to pry open the door to an equipment room on the back side of the business. The metal door was bent and the door knob was jammed as the result of force. The attendant said she was unable to get the door open because the dead bolt wouldn’t budge.

A vending machine was also damaged. The alleged vandal was caught on surveillance video prying on the machine. The vending machine was apparently damaged beyond repair and will have to be replaced. The video showed the suspect wearing a hoodie and a beanie. Police were able to identity the suspect due to the clarity of the video. Although nothing was taken, it’s estimated that repairs to the door will cost $600 and the machine will cost $1000.

Police responded to an alarm going off at a local pharmacy on the same night. Investigators found a softball sized hole in a window on the back side of the building. It appears that the alarm scared the vandals away since there was no evidence of entry to the building and no reports of theft.

Another carwash also reported damage to their business also on the same night. A serviceman for the carwash said somebody had tried to pry a vacuum open and had also cut the lock on one of the machines. The would-be thief didn’t get away with any money, however, because it had been emptied prior to the incident. A witness told police that he had heard noise the night of the incident, and had seen a white, short male, driving a silver car prying on the vacuum.

It was not immediately clear whether the events were connected.