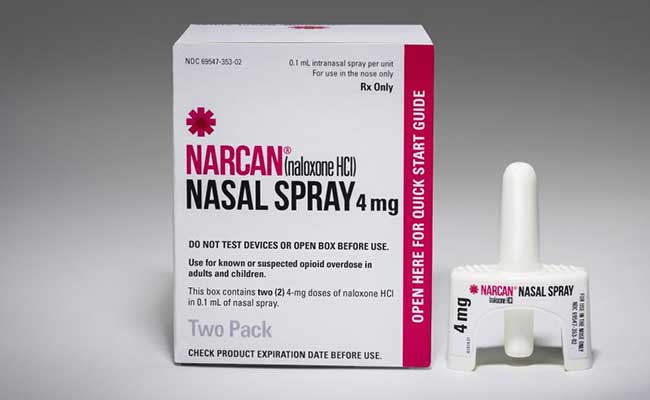 Douglas, Ariz. — An Arizona Department of Public Safety (AZDPS) detective used NARCAN® to revive a man that was unconscious and not breathing.

On August 8, 2018, Detective Tony Morales, a member of the Border Strike Force, was patrolling near Douglas. Detective Morales monitored a radio call in which Douglas Police was responding to a person who was unconscious and not breathing. Detective Morales responded to the scene and administered two doses of NARCAN® into the subject’s nostrils. A short time later, the subject let out a large gasp of air. Within ten minutes of administering the NARCAN®, the subject was alert and talking. While on scene it was learned the subject had taken four Xanax bars and a couple of Percocet tablets. The subject was flown by helicopter to Banner University Medical Center in Tucson.

According to the NARCAN® website, NARCAN® (naloxone HCl) Nasal Spray is the first and only FDA-approved nasal form of naloxone for the emergency treatment of a known or suspected opioid overdose. NARCAN® Nasal Spray counteracts the life-threatening effects of opioid overdose. Since most accidental overdoses occur in a home setting, it was developed for first responders, as well as family, friends, and caregivers.

“I am proud of the quick-thinking actions of Detective Morales, it made all the difference in helping to revive this person,” said Colonel Frank Milstead, Department of Public Safety Director. “Detective Morales is the first DPS employee to administer NARCAN in a law enforcement setting” This is an example of the ability and professionalism our troopers and detectives exhibit every day across this state.”

The program was developed by the Department of Health Services to allow law enforcement officers to carry and administer Naloxone/NARCAN® due to the opioid epidemic.

Beginning in late 2016 the Department trained 432 employees in the use of NARCAN®. The 432 employees of DPS are assigned to the Crime Lab, Criminal Investigations Division and the Hazardous Materials Team.