U.S. Customs and Border Protection officers at Arizona’s Port of Nogales arrested a Mexican national for attempting to smuggle cocaine into the United States Thursday, worth more than $643,000. 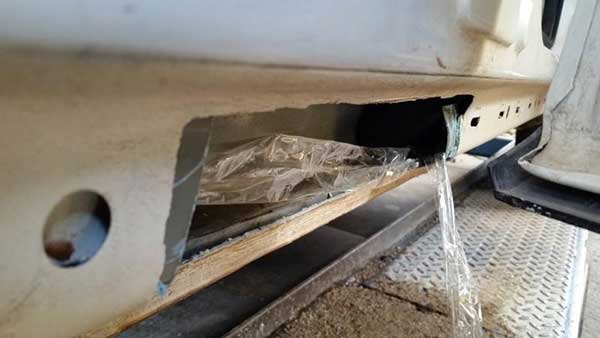 CBP officers at the Dennis DeConcini Crossing referred a 27-year-old Mexican man for further inspection of his Ford SUV he was driving Thursday morning. After a CBP narcotics detection canine alerted to a scent it was trained to detect, officers removed multiple packages of cocaine from the rocker panels. The drugs weighed almost 27 pounds, with an estimated value of more than $643,000.

Officers seized the drugs and vehicle. The subject was arrested and turned over to U.S. Immigration and Customs Enforcement’s Homeland Security Investigations.

Border Protection officers arrested a U.S. teen in connection to a failed smuggling attempt Wednesday resulting in the seizure of nearly five pounds of heroin at Arizona’s Port of San Luis. 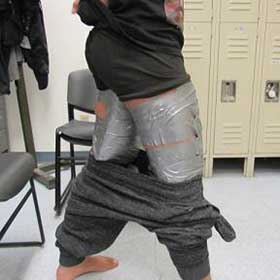 Officers referred a 15-year-old male for additional inspection as he attempted to enter the U.S. from Mexico through a pedestrian lane Wednesday morning. Following an alert by a CBP narcotics detection canine to a scent it was trained to detect, officers discovered packages of heroin wrapped around both of his upper legs. The drugs are valued at almost $134,000.

CBP officers seized the drugs, while the subject was arrested and turned over to U.S. Immigration and Customs Enforcement’s Homeland Security Investigations.

Nogales Station Border Patrol agents working at the Interstate 19 Immigration Checkpoint Tuesday night found almost 174 pounds of marijuana in the trunk of a Chrysler Concorde during a secondary inspection and arrest the driver.

Agents referred the male driver, later identified as a 34-year-old U.S. citizen from Apache Junction for an additional inspection. During the encounter, agents discovered eight bundles of marijuana inside trash bags in the vehicle’s trunk.

Agents seized the drugs, worth more than $86,000, and vehicle. The driver was arrested and charged with drug smuggling.