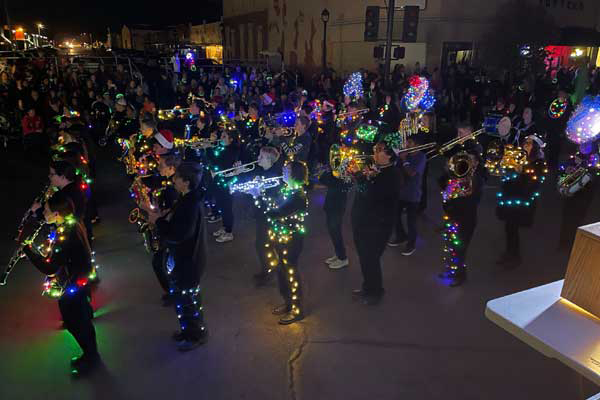 SAFFORD — A record 38 entries took part in the 24th annual Country Financial Light Parade on Saturday, Dec. 4, and the top six have been crowned.

Following the judges’ tally, each of the six winners will receive $300, to be donated  to a group or cause of their choice.

● Government — Graham County, float entitled “Christmas in the Country,” donating the prize to the House of Hope Sober Living Facility

● Small business —LifeNet 10, float entitled “You’ve Got a Friend in Us,” donating the prize to the Boys & Girls Club of the Gila Valley

Prior to the parade, viewers were treated to entertainment presented by Gila Valley All-Star Cheer, Extreme Martial Arts and Safford Dance Academy. And earlier in the day, The Venue on Main Street and the historic Safford Theater housed vendors for Hometown Market.

The day’s activities were brought to the community by the Safford Downtown Association, the City of Safford and the Graham County Chamber of Commerce.