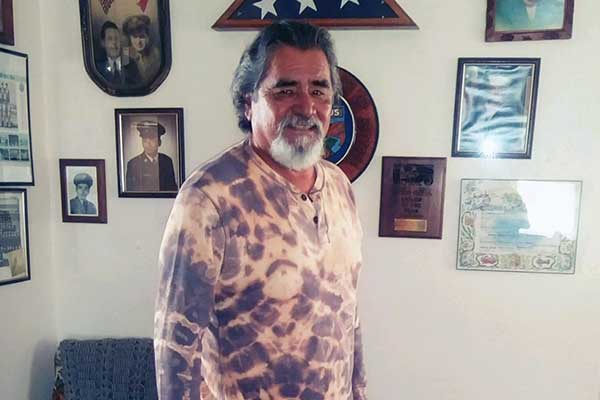 Andres Jesus Eliserio Rodriguez Jr, 70, passed September 29, 2020, in Tucson, AZ. He was born in San Juan, Texas in 1949. He was raised in Michigan and later with his family, relocated to southern California. He graduated from Indio High School in 1968 and shortly after, joined the Air Force where he worked as an Illustrator and Photographer. Andres served for 6 years before departing in 1976 to Tucson, Arizona, where he met his wife of 44 years, Sandra Tarango of Safford, Arizona. They resided in Yuma and Safford, AZ until 1986 when his job with the Department of Corrections took them to Winslow, Arizona for the next 29 years, until they retired back to Safford in 2015.

AJ, as he was commonly addressed, lived an adventurous life. He traveled across the seas during his time in the Air Force. He drove across the US during his youth and could always be found hunting, fishing, camping, or surrounded by his large family watching football games. He loved to share the wisdom of his life and took a number of his youngest sons’ friends under his wings and loved them as his own. An injury in 1998 brought him into early retirement and even though it was a tough transition, he enjoyed the peace and freedom retirement brought. He still maintained his love for the outdoors and devoted much of his time to passing down all his tips, tricks and traditions to his grandchildren.

Funeral services for AJ were conducted Wednesday, October 7, 2020, at the Vining Funeral Home. Concluding services followed in the Safford Cemetery.