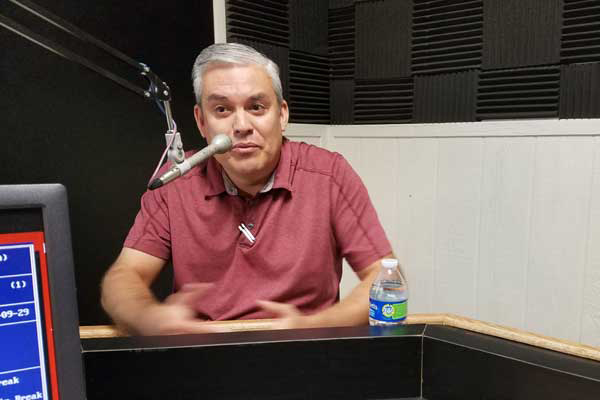 David Bell Photo/Gila Valley Central. During a recent appearance on Voice of the Valley, Safford City Councilman Michael Andazola said he's asking to have graffiti brought back for discussion at a future City Council meeting.

SAFFORD —Safford City Councilman Mike Andazola said it’s time to take a second look at the amount of graffiti in the community.

“I have addressed this with some of our staff and I don’t know how we’re going to go about it. I need to bring it up again, to see where it’s going to go,” he said during a recent appearance on Voice of the Valley.

“I don’t know if we’re going to be cleaning it, or volunteers handling it or how it’s going to go. This question has been brought to me several times”

Andazola said he’s requested the issue to come up on a future City Council meeting agenda.