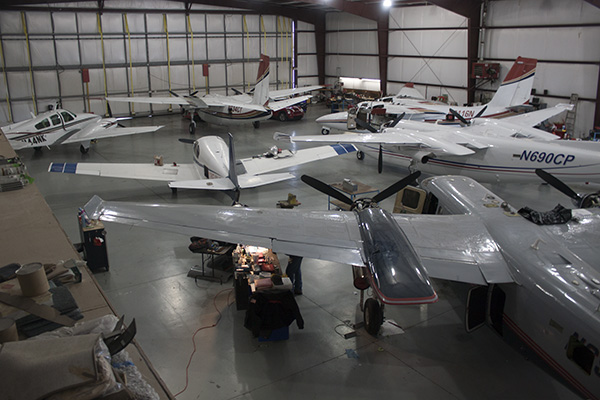 SAFFORD – Two airport projects regarding electrical renovation and updated perimeter fencing got the go-ahead to move forward from the Safford City Council.

At its Aug. 8 meeting, the council unanimously voted to approve awarding its electrical rehabilitation project of Runway 8/26 of the Safford Regional Airport to Rural Electric, Inc., of Mesa for $1.33 million. The project is mostly funded through a federal grant handled through the Arizona Department of Transportation (ADOT), with the city required to pay a 10-percent match of approximately $133,000. Runway 8/26 is the airport’s secondary, cross-wind runway.

Safford Public Works Director/City Engineer Randy Petty presented the item to the council and said ADOT and the city’s airport consultants recommended to award the bid to Rural Electric. 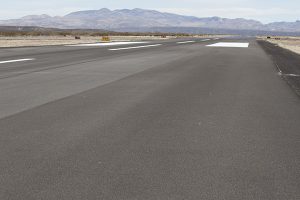 Jon Johnson Photo/Gila Valley Central:
A grant will cover most of the cost to renovate the electrical system for Runway 8/26.

Petty previously commented that the runway’s electrical system was in “dire need of some major upgrades” and that the grant would allow the current lights to be replaced with longer lasting and more efficient LED lights.

“We got a big, state-of-the-art airport,” Councilor Arnold Lopez said.

To help keep that “state-of-the-art airport” safe, the council also approved a grant from the Federal Aviation Administration (FAA) for design and construction of the airport’s perimeter fencing project. The project will replace the airport’s eastern perimeter three-strand barbed wire fence with a 6-foot chain link security fence like it has around the rest of the airport. The project will complete a security fence around the entire airport, according to Petty, and will extend the fence outward at the ends of the runways to provide for an “appropriate approach slope” for landings and takeoffs. The estimate for the project is $450,000, to be mostly paid for by the FAA with a city match of about $40,000. The council will review bids for construction of the project at its next meeting. 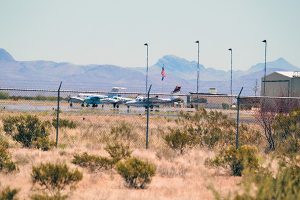 Jon Johnson Photo/Gila Valley Central:
Another grant will cover most of the cost to complete perimeter security fencing.

Since 2010, the city has utilized more than $7 million in state and federal grants for upgrades to its airport.

In 2014, the airport’s Porous Friction Course (PFC) overlay of Runway 8/26 was milled and replaced due through an ADOT grant of roughly $700,000, with a city of Safford match of about $75,000. A PFC is an open-graded asphaltic concrete overlay about 1- to 1.5-inches thick and is designed to allow water to drain through.

Also in 2014, the nearly $1.9 million apron reconstruction was finished with Safford contributing a 4.5-percent match of about $83,000.

The apron connects the airport’s taxiways and provides seamless taxiing to hangars and parking.