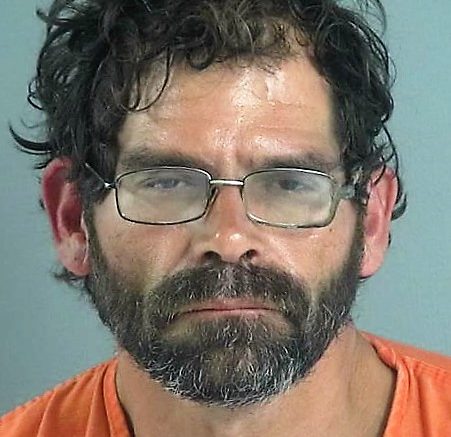 SAFFORD – A peaceful evening at Firth Park was interrupted Sunday when two homeless men got into an altercation.

Herbert Leach, 50, was arrested and booked into the Graham County Jail on charges of assault and disorderly conduct after he allegedly struck another person in his face and pushed him to the ground.

According to a witness statement, Leach and the victim were recreating at the park when the victim repeatedly called Leach a “chomo”, which is a shortened slang term for a child molester.

Leach took offense to the term and allegedly attacked the victim, who ran to the nearby American Legion seeking assistance.

An employee at the American Legion said he saw Leach assault the victim through a surveillance monitor at the business.

Leach allegedly told an officer that he confronted the victim after he wouldn’t stop calling him the derogatory term and that the victim initially attempted to “box” with him before running away. He said he caught up to the victim at the American Legion and the pair were involved in a “scuffle.”

Leach was then arrested and transported to the jail without further incident.