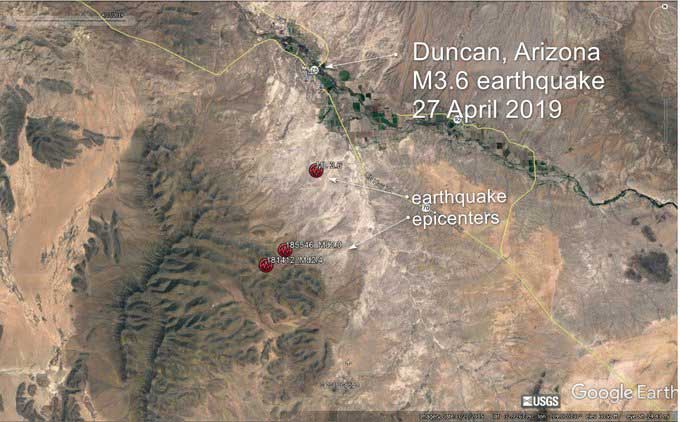 The Arizona Geological Survey reported a series of small, shallow earthquakes on Saturday in the Duncan/Safford area in southeastern Arizona, with the largest being an ML 3.6 at 10:01 am MST on 27 Apr 2019.

There are approximately 100 known faults in the state, many of them active.