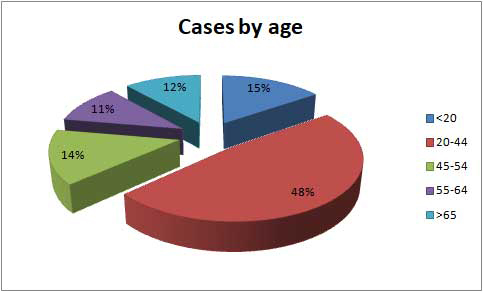 That total means that 10.5 percent of Graham County’s population has tested positive since the start of the pandemic.

The new cases over the weekend bring January’s total to 843, almost 550 more than the first 11 days of December. However, last week the Graham County Health Department reported that 309 of January’s cases involved inmates at area prisons and jails, and those cases date back to late December.

Taking out the 309 cases involving incarcerated persons, January is at 534 new cases through January 11, which is 81.6 percent higher than December at the same time.

The Health Department also reported another coronavirus-related death on Sunday, a Pima resident between the ages of 45 to 54.

That brings the total number of deaths in Graham County since the start of the pandemic to 56.

After nine straight days with new cases, Greenlee County experienced its first day with no new cases in the new year.

The new cases Friday bring the county’s total to 464 since the start of the pandemic, with 172 cases considered active and four deaths.