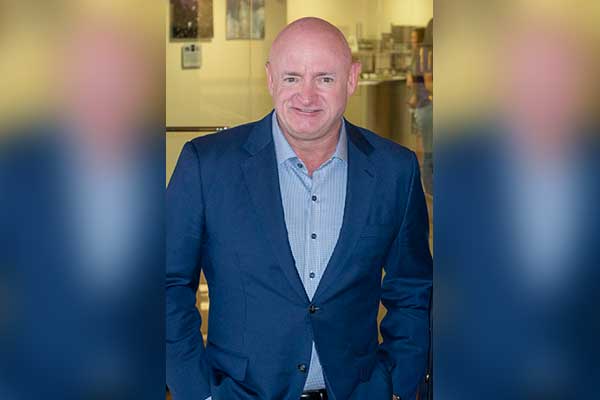 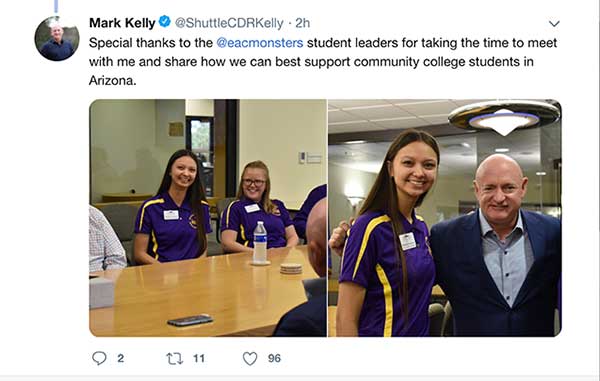 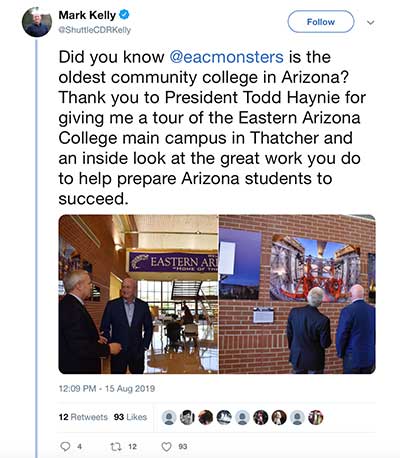 Kelly is married to former congresswoman, Gabriel Giffords, who was shot in January of 2011 during a constituent meeting in a supermarket parking lot in Tucson. Eighteen people were injured and six people were killed in the incident. Giffords was shot at point blank range in the head and was initially listed in critical condition. Giffords survived the attack but resigned her position to focus on healing.

Kelly visited with GilaValleyCentral for a few minutes during is visit to the valley. Listen to the interview below: