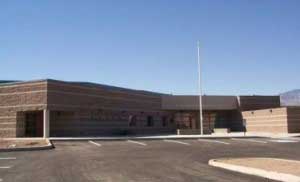 SAFFORD – Four youths were imprisoned in the Eastern Arizona Regional Juvenile Detention Facility (EARJDF) on Jan. 26 after being caught with stolen merchandise and marijuana.

An officer were dispatched at about 4:49 p.m. to Walmart at 755 S. 20th Ave. regarding four juveniles trespassing in the store. An associate reportedly recognized two of the juveniles as having been trespassed for a previous shoplifting attempt.

Four youths were caught after allegedly stealing cell phones and a knife from Walmart.

The officer and the associate split up in an effort to locate the juveniles. Soon later, the associate came upon three of the suspects, but they ran from the store when she attempted to detain them. The associate notified the officer of the situation and said three cell phones had been stolen and that she believed the juveniles to have committed the crime.

Police later came upon the three juveniles hiding in the Lexington Pines retirement subdivision. Officers located two cell phones and a bag of marijuana on the youths.

The fourth suspect also evaded capture at the store but was later found hiding behind the defunct Lollipop Shop on U.S. Highway 70. The third stolen phone was found where the fourth subject was hiding, along with packaging for a Sog.Micro Tool Clip. The three phones were valued at $236.75 and no price for the knife was given.