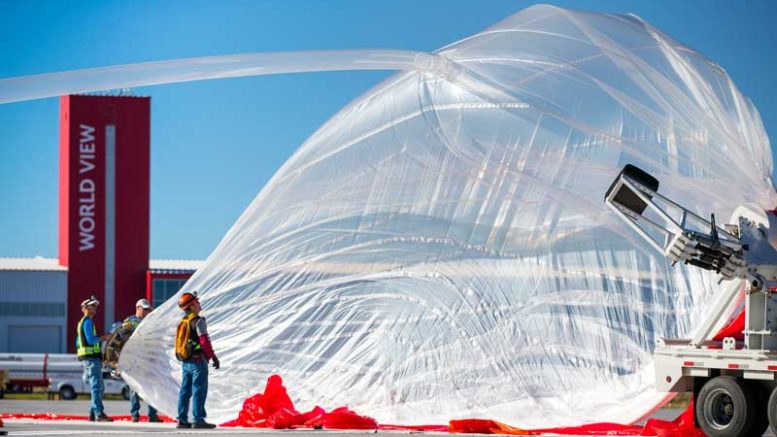 Contributed Photo/Courtesy World View Enterprises: Workers fill up the Stratollite prior to liftoff. The Stratollite's launch Sunday was the first from the company's Tucson headquarters. It was seen flying over the Gila Valley the following day.

SAFFORD – That wasn’t a UFO or a weather balloon seen floating over the Gila Valley on Monday, but rather it was World View Enterprises’ “Stratollite.” The Stratollite was launched as the company’s first liftoff from its Spaceport Tucson facility Sunday, Oct. 1. 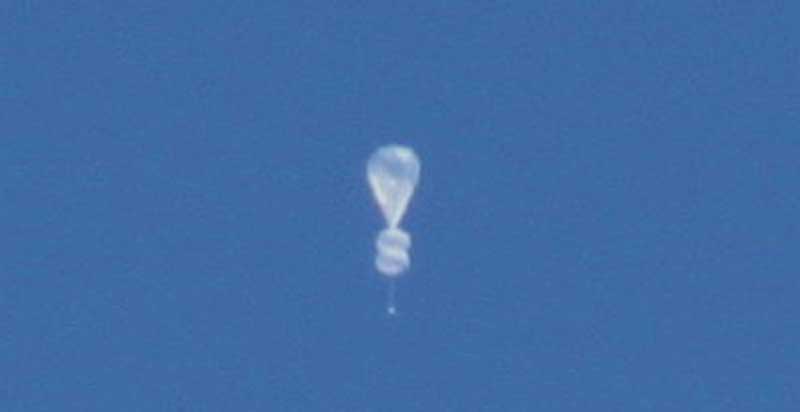 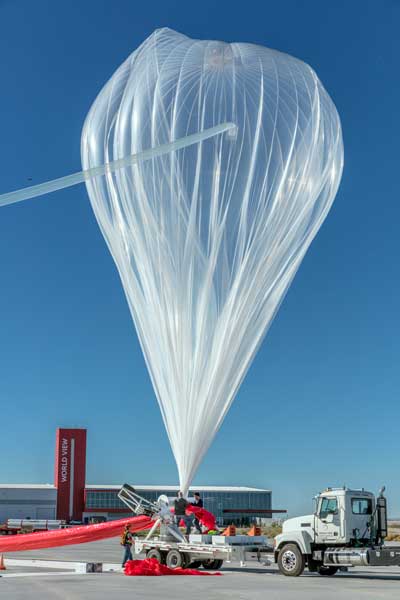 Contributed Photo/Courtesy World View Enterprises: A closeup of the Stratollite at launch.

According to its website, the Stratollites can maintain position over specific areas of interest for months on end and with the ability to carry a variety of commercial payloads can be used for a variety of applications, including communications, weather gathering, remote sensing, and other research.

“Spaceport Tucson, the first-ever, purpose-built stratospheric launch facility in the world, is now open for business,” said Jane Poynter, founder and CEO of World View, which operates the facility on behalf of Pima County. “The FAA recently provided a Certificate of Authorization to World View to launch Stratollite missions from Spaceport Tucson. It features an immense launch pad measuring 700 feet in diameter – about the area of six football fields – and is ideal for launching high-altitude balloons. We salute Pima County, the city of Tucson and the State of Arizona for their vision in bringing this first commercial gateway to the stratosphere to life. It’s no-doubt destined to play an important role in attracting new commercial space business to Tucson and the southwestern U.S. We are proud to call Spaceport Tucson our home and primary launch site.” 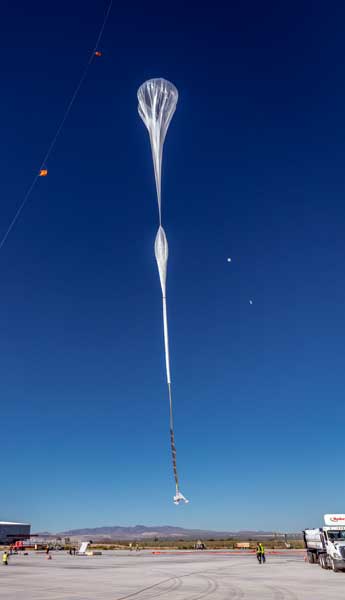 Andrew Antonio, a media representative for World View Enterprises, told Gila Valley Central that the Stratollite is being steered around the state as part of a series of demonstration missions. With previous Stratollites only lasting a maximum of 27 hours, Antonio described the recent mission as a success of the company’s possibilities.

“It is currently still in the air,” Antonio said Wednesday. “Though we aren’t able to share its specific location, it should be heading north toward the border between Arizona and Utah at this point in time. Thus far, we’ve broken all of our previous records for mission duration, so we would consider this a huge success.”

In addition to its high-altitude, low-cost commercial flight capabilities, the company also aims to take passengers into the stratosphere more than 100,000 feet from the Earth.