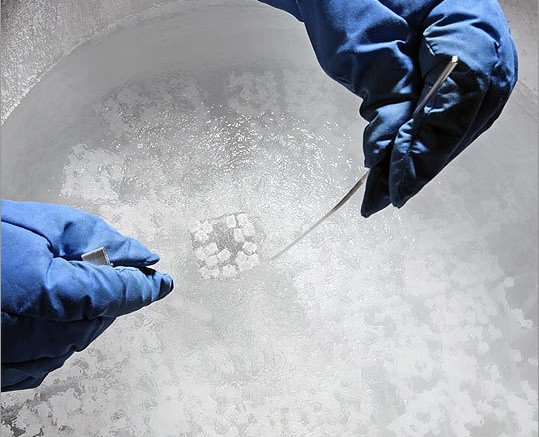 SAN FRANCISCO (AP) — A California woman is evaluating her legal options after a judge ruled against her in her fight to keep five frozen embryos she created with her now ex-husband over his objections, her attorney said.

Mimi Lee must abide by an agreement with her ex-husband to destroy the embryos if they got a divorce, despite her contention that they represent her last chance to have children, San Francisco Superior Court Judge Anne-Christine Massullo said in a tentative decision Wednesday.

The judge said the agreement trumps Lee’s desire to now keep the embryos. Lee had argued that cancer made it risky for her to get pregnant, so the embryos were her last chance to have her own genetic child. An attorney for Lee, Peter Skinner, said in a statement his client was disappointed and was evaluating her legal options.

Her ex-husband, Stephen Findley, wanted to discard the embryos in accordance with the agreement he and Lee signed while married. He worried in part that Lee would use any children to take financial advantage of him, according to the ruling.

Lee’s attorneys said no California court had previously ruled in such a case. A Pennsylvania court three years ago awarded frozen embryos to a woman who also said they may be her only way to have a child because of breast cancer treatment despite the objections of her ex-husband. An Illinois judge last year also sided with a woman who was infertile in her fight over embryos with an ex-boyfriend.

Massullo said California law is clear that couples must decide what to do with embryos they create in case of separation or divorce.

“Decisions about family and children often are difficult, and can be wrenching when they become disputes,” the judge wrote. “The policy best suited to ensuring that these disputes are resolved in a clear-eyed manner … is to give effect to the intentions of the parties at the time of the decision at issue.”

The embryos were being held at the University of California, San Francisco, which in accordance with state law gave Lee and Findley a consent agreement before fertility treatments in which both said they would like the embryos thawed and discarded in case they divorced, according to court documents.

The tentative nature of the ruling gives the parties time to file objections, but such rulings generally become final.