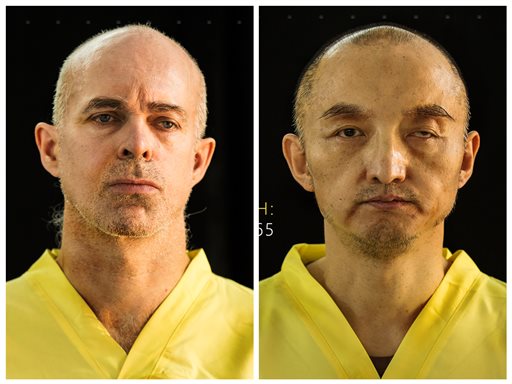 CAIRO (AP) — The Islamic State group on Wednesday released a photo of a bomb hidden in a soft drink can that it said had brought down a Russian passenger jet over Egypt last month, and it also announced it had killed hostages from Norway and China.

The disclosure of the new violence by the militants came as Russian and French warplanes continued their stepped-up airstrikes against IS targets in Syria. The attacks on civilians in Paris and aboard the Russian jetliner and the killings of hostages have galvanized international determination to confront the extremists. China’s President Xi Jinping said Thursday that such groups are the “common enemy of mankind.”

The photo of the can and other materials, which has not been corroborated, was released by the group’s English-language online magazine. It showed a can of Schweppes Gold, a soft drink sold in Egypt, and what appeared to be other bomb components next to it.

The Metrojet Airbus 321-200 crashed in the Sinai desert shortly after taking off from the Red Sea resort of Sharm el-Sheikh for St. Petersburg. All 224 people aboard, mostly Russian tourists, were killed.

In the magazine, the group said it “discovered a way to compromise the security at the Sharm el-Sheikh International Airport,” without providing details.

It said it initially planned to bring down a plane from one of the countries taking part in the U.S.-led coalition’s air campaign against IS militants in Syria and Iraq but changed the target to a Russian jetliner after Moscow began its airstrikes in Syria in September.

The extremists, who have a powerful affiliate in Egypt’s Sinai Peninsula, previously claimed to have downed the jetliner but did not give out details of how the attack was carried out.

IS also released a photo of what it said were passports belonging to dead passengers from the Metrojet flight.

Russia’s FSB security service said Tuesday the Metrojet flight had crashed as a result of “a terrorist act” — a bomb containing the equivalent of 1 kilogram (2.2 pounds) of TNT that exploded aboard the jet, causing it to break apart in the air. Egyptian authorities have not said what caused the crash, saying an investigation is still underway.

Bob Ayers, a former CIA officer and an international security analyst, said it would be “easy” to bring down a commercial airliner with a device hidden in a soda can.

“To bring down an airplane, you don’t need to blow it apart, you just need enough to rupture the pressure hull of the aircraft, and the air pressure will do the work for you,” he said. A can with a device inside could “blow a really nice hole” in an airplane, he said.

The IS magazine also announced the killing of hostages from Norway and China who had appeared in an earlier issue wearing yellow jumpsuits. It said they had been killed “after being abandoned by kafir (infidel) nations and organizations.” In the images, the men both appeared to have been shot to death.

The Norwegian has been identified as Ole Johan Grimsgaard-Ofstad, 48, a graduate student in political philosophy from Porsgrunn, south of Oslo. The Chinese man had been identified as Fan Jinghui, 50, a self-described wanderer from Beijing who once taught grade school.

The militants did not say when or where the two were captured when announcing their captivity in a previous issue of the magazine. However, the last post on Grimsgaard-Ofstad’s Facebook page, dated Jan. 24, said he had arrived in Idlib, Syria, on his way to Hama.

Norwegian Prime Minister Erna Solberg told a news conference that the government cannot confirm the killing, but added: “We have no reasons to doubt it.”

“It is painful for the family and the whole country,” she said. She called IS a “barbaric group,” and said “we do not pay ransom.” She added that “even if it hurts, we should never let the terrorists win.”

Foreign Minister Borge Brende said the Norwegian citizen “was harshly mistreated,” adding that photos and videos were sent to Norwegian authorities along with ransom demands. Brende said the government was releasing the information in accordance with the family’s wishes.

In Beijing, Chinese Foreign Ministry spokesman Hong Lei said authorities had confirmed Fan’s death and said officials “went all out to rescue the hostage after learning of the kidnapping,” according to a report Thursday on the state-run Xinhua News Agency.

The Chinese president said “China strongly condemns the brutality of the killing,” Xinhua reported. Xi was speaking in Manila while attending an Asia Pacific Economic Cooperation meeting. “Terrorists are the common enemy of humankind.

The photos appeared in the 12th issue of Dabiq magazine, named for a town in northern Syria. It contains articles, interviews and opinion pieces about the group. Distributed online as a pdf file, it has a professional layout, including photos and graphics, giving it the appearance of a glossy magazine.

The online magazine is part of a media operation that has produced scores of graphic, professionally produced videos of military operations and the killing of captives in Iraq, Syria and countries like Libya and Afghanistan, where the IS group has local affiliates and supporters.

The defiant tone of the latest issue came as France and Russia have vowed retaliation for the Paris attacks and the plane bombing. Recent airstrikes from the countries have targeted the northern Syrian city of Raqqa — the IS group’s de facto capital — and other positions.

The bombardment of Raqqa and its outskirts has killed at least 33 IS fighters in the past three days, according to the Britain-based Syrian Observatory for Human Rights. It said most were killed when French and other warplanes struck IS checkpoints. Activists say the group is preventing civilians from leaving Raqqa in order to use them as human shields.

The Observatory, which relies on a network of activists in the country, said more IS fighters are believed to have been killed. Zeid al-Thabet, a member of an anti-IS media collective that covers Raqqa, also reported a “large number” of IS fighters killed, but he had no precise figure.

Col.-Gen. Andrei Kartapolov, a spokesman for Russia’s military general staff, said it is developing plans for joint military operations with France in Syria. President Vladimir Putin has ordered the Russian missile cruiser Moskva, which is deployed in the Mediterranean, to cooperate with the French aircraft carrier Charles de Gaulle.

“When the Charles de Gaulle comes to the shores of Syria, joint military work will be organized,” Kartapolov said, according to Russian news agencies. He added that Russian warplanes carried out 59 sorties Wednesday, destroying 149 “terrorist objects.” The attacks included 12 missiles fired from long-range Tu-160 bombers in Aleppo and Idlib provinces, he added.