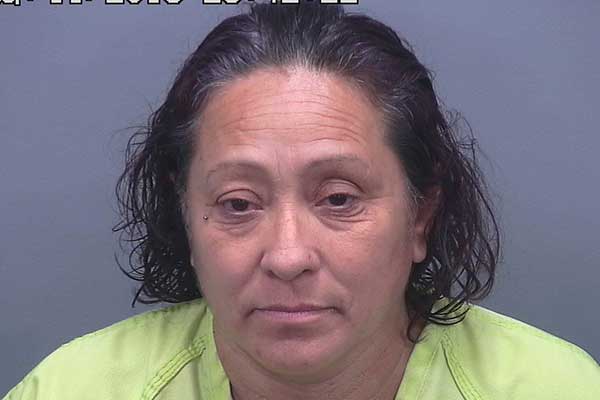 A 53 year old woman has been sentenced to a 17 year prison term in the Arizona Department of Corrections after pleading guilty to one count of Sale of a Narcotic Drug, a Class 2 felony. Roxanne Escobedo was sentenced on February 5, 2020. In a separate case, Escobedo was convicted of Transportation of a Narcotic Drug for Sale, a Class 2 felony, and was sentenced to a five-year term of probation to begin after she is released from prison.

The first conviction stems from Escobedo attempting to sell heroin to an undercover officer on July 31, 2019. The second conviction offense occurred on September 11, 2019 when Escobedo was stopped for speeding. Officers ended up searching her vehicle and found approximately 54 grams of heroin under the gas cap door. Both cases involved crimes that were committed while Escobedo was on probation.

The 17 year prison sentence was handed down by Graham County Superior Court judge, Travis Ragland. After the sentencing, Deputy Graham County Attorney, Garet Kartchner, who prosecuted the case explained, “We wanted to send a strong message to the drug dealers in our community that these types of crimes are not welcome in Graham County. This was an individual who was transporting large quantities of drugs while on probation. The officers from the Arizona Department of Public Safety dedicated numerous hours in investigating these crimes and crafted an excellent case for our office to prosecute.”

In reference to the case, Graham County Attorney Chief Deputy, L. Scott Bennett, said, “There are some people that we just have to make an example of. Ms. Escobedo had been given her chances, but chose to continue to peddle that poison to our community. We are just not going to stand for that.”

Escobedo will be remanded to the Arizona Department of Corrections to serve her sentence.