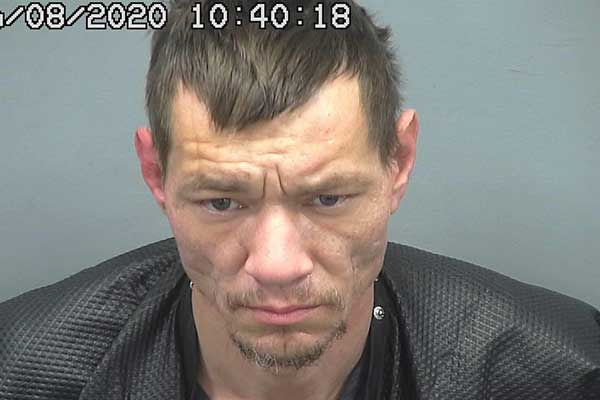 Graham County Sheriff’s deputies were dispatched to multiple addresses south of Safford on Friday in reference to a disorderly man in the area. At approximately 1:13 Friday afternoon a woman reported that a man was screaming and yelling at her and kicking a vehicle in the roadway.

When a deputy arrived on scene, he was waved down by 2 men who told him that a man with no shirt was walking down the road, yelling. The man was identified as Wayne Jones, who was known to the deputy to have several warrants. The deputy advised two other deputies who were in the area.

Authorities went to the residence where Jones is known to live. The deputies knocked and announced their presence. After several minutes Jones opened the door and stepped outside. When asked about the incidents that had been reported, Jones said that he was walking on the wrong side of the road and a car nearly hit him. Jones said that he put his arms up and yelled at the car. He stated that that was all that had happened.

Jones then made a quick attempt to go back inside the house but a deputy grabbed onto his right wrist and pulled him back outside. Jones reportedly tensed up and the deputy told him to stop resisting. One of the deputies handcuffed Jones with assistance from two other deputies. Jones stated that they had violated his rights by pulling him out of his house.

When the officer transporting Jones to jail was notified that the residents wanted Jones trespassed, he tried to tell him that he was not allowed to go back to the residences. Jones reportedly yelled and ignored the deputy.

While Jones was being booked into the jail, another person called and said that Jones had hit her mother’s car. She said that Jones was standing in the middle of the street with his arms out, blocking the road. Her mother had to drive around him and as she drove past Jones, he hit the car with an alcoholic beverage.