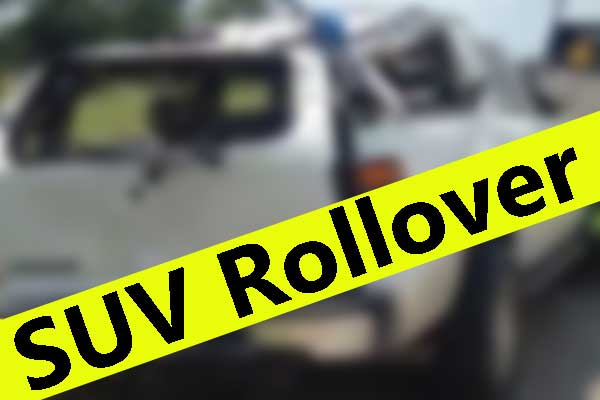 SAFFORD – On June 29, 2018 at approximately 5:20 PM the Graham County Sheriff’s Office Communications Center was notified of a rollover accident in the area of west Safford Bryce Road, Graham County.  When law enforcement and medical personnel arrived it was discovered a white SUV (Suburban) was on its roof in the desert area, south side of the Safford-Bryce Road.

Deputies learned the SUV was operated by a Samantha Johnson (age 27) of Safford.  She was traveling west on Safford-Bryce Road at what witnesses described as a higher rate of speed.  When the SUV was on the west side of Watson Wash, the SUV was seen going slightly onto the dirt shoulder on the north side of the road.  Based on evidence at the scene, the SUV went across both lanes of traffic and onto the dirt shoulder on the south side of Safford Bryce Road, rolling over into the desert area.

It appears Samantha Johnson was ejected from the SUV and was found by witnesses laying by the SUV in the dirt.  One witness heard a child crying inside the SUV.  The witness crawled into the SUV and removed a two year old child from his car seat.

The investigation continues and it appears alcohol may have been involved.