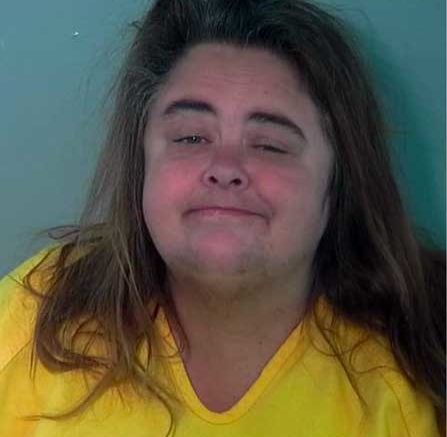 Contributed Photo/Courtesy GCSO: Mary Curtiss was transported to a Tucson psychiatric facility as a condition of her release from jail after repeatedly stealing her neighbor's dogs. Curtiss, who has a long history with mental illness, was charged with two counts of theft in the case, and officers described her residence as being in unlivable condition.

SAFFORD – Mary Frances Curtiss, 44, has been hospitalized at Palo Verde Behavioral Health on Thursday after repeatedly stealing her neighbor’s dogs and living in squalor.

Officers were dispatched to Curtiss’ home Oct. 27 for the second time regarding Curtiss stealing her neighbor’s dogs. After nobody answered the door, the officers performed a welfare check on Curtiss and entered her residence. At that time, the dogs ran out of the home and were reunited with their owner.

The officers noted the residence was in unlivable condition with dog and cat feces, trash and other filth throughout the house.

Curtiss was found in her bedroom and was taken to Mt. Graham Regional Medical Center for evaluation. She was later released and allowed to go home.

Curtiss was then arrested Oct. 31 and booked into the jail on two counts of theft for the two times she took her neighbor’s dogs. Curtiss was then released Thursday, Nov. 2, to be transported to Palo Verde Behavioral Health (PVBH) for evaluation as a condition of her release from jail. PVBH is a private psychiatric facility that provides inpatient and intensive outpatient behavioral health treatment programs for adolescents and adults.

Curtiss has a long history of mental health issues and has had numerous interactions with police. She was previously declared an incapacitated/protected person in 2009 and was given court-ordered treatment.

In May 2011, Curtiss was rescued from her burning truck after rolling it during a high-speed chase with authorities that exceeded 100 mph. 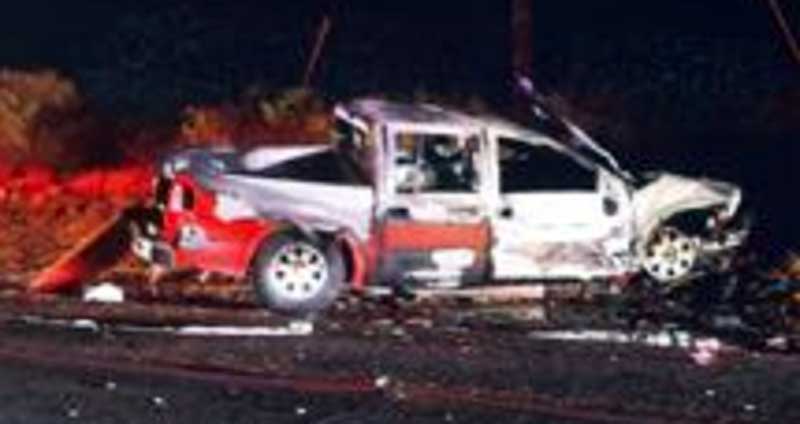 Contributed Photo/Courtesy Carlos Acuña: Mary Curtiss previously rolled her truck in a high-speed chase with officers and was pulled out of the burning wreckage in 2011.

Curtiss had been seen blowing through stop signs at a high rate of speed and caused at least one minor collision while traveling through Safford. She then continued speeding across the Eighth Avenue Bridge even though her truck was missing a tire.

The truck eventually rolled in the Watson Wash area west of Reay Lane and caught fire. Two citizens and a Graham County Sheriff’s deputy removed Curtiss through a window from the burning wreckage. She was later flown to Banner-University Medical Center for treatment.

Curtiss was also hospitalized for mental health treatment in September 2013, after “evicting” her pet cockatiel and breaking things in her house.

When police arrived, Curtiss stepped outside of her house completely naked and began throwing food and other items at them. She was subsequently taken to Mt. Graham Regional Medical Center and evaluated by a member of Arizona Counseling & Treatment Services (ACTS).