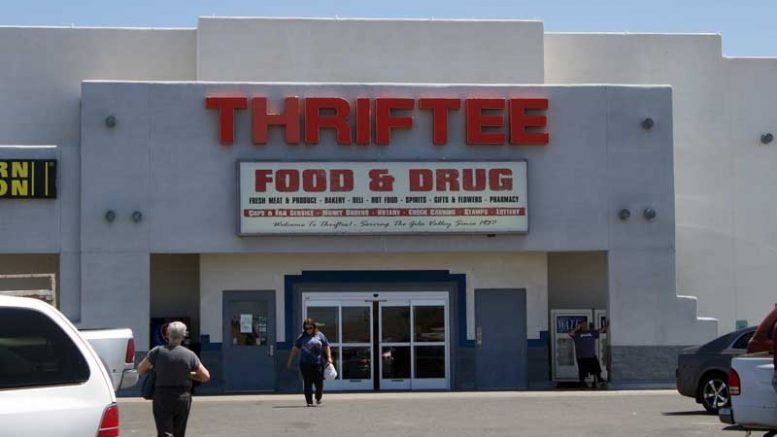 Extorter known to police as woman with mental deficiencies

SAFFORD – A woman attempted to extort $1.5 million from the owners of Thriftee Food & Drug but the threat was not deemed credible.

The owners met with a deputy April 10 after receiving a phone message from a woman identifying herself as Mary Trent. The caller said the store had “anchor gas” in its soda and she demanded $1.5 million to keep quiet. She also advised that if the owners didn’t pay she would send an assassin after them.

The woman who left the message was soon found to actually be Mary Frances Curtiss, 43, of Safford, who has a history of mental illness and is well known by officers due to several interactions. Previous police contacts include rolling her truck in May 2011 after driving erratically in excess of 100 mph (a crash which ended with Curtiss in a Tucson hospital) and for evicting her bird in an erratic manner in September 2013, which included throwing food items at neighbors while naked.

Curtiss left her phone number on the message she left for Thriftee and the officer called her and questioned her about the incident.

Curtiss allegedly said after drinking a soda from Thriftee a bubble came out, popped and told her it was “anchor gas.” She also advised her husband was an assassin with the government and she couldn’t be prosecuted because she has diplomatic immunity.

The deputy advised Curtiss that she was no longer welcome at the store and if she went back she would be charged with trespassing.