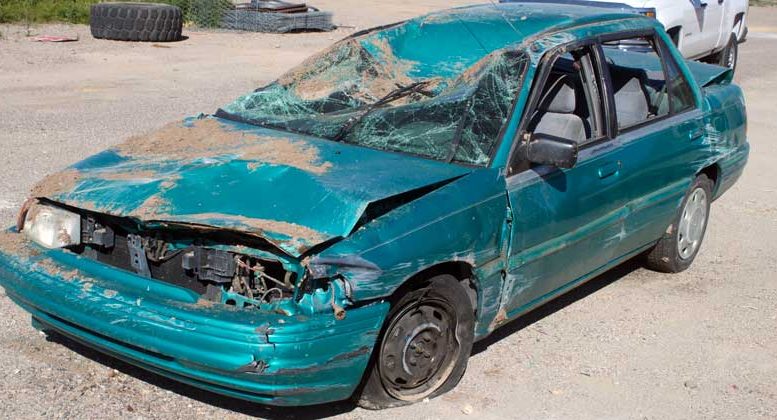 Jon Johnson Photo/Gila Valley Central: Isabel Aparicio, 20, was pronounced deceased at the scene of a single-vehicle car crash in Solomon on Friday. The car, a Ford Escort, is pictured here after being towed to the Graham County Highway Yard.

SOLOMON – Isabel M. Aparicio, 20, of Solomon, died early Friday evening after being ejected from her car during a single-vehicle rollover in Solomon. 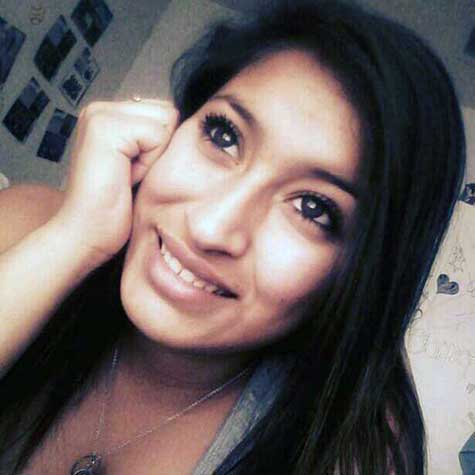 Isabel Aparicio, 20, was pronounced deceased at the scene of a single-vehicle car crash in Solomon on Friday.

Aparicio was eastbound at about 5:36 p.m. on Solomon Road in a green, 1994 Ford Escort when the vehicle went off the road to the north onto the dirt shoulder and into a concrete ditch just east of the Solomon Bridge, according to a Graham County Sheriff’s Office report. Aparicio was ejected and her passenger, Jace Saiz, 19, of Safford, had been knocked into the back seat area as the vehicle came to a rest on its hood in a farm field on the north side of Solomon Road. The report states there was no signs of skid marks or any indication that the vehicle had over corrected and that it just went straight off the road prior to hitting the ditch. There were no signs of impairment from the driver or passenger, and the investigating officer listed speed as a contributing factor to the crash.

A witness who was driving on Bowie Avenue said he saw the car take a sharp left and then flip into the air. He said he saw Saiz pull out Aparicio and say, “She’s gone, she’s gone.”

Aparicio suffered severe head trauma with injuries to her face and back of her head, which possibly struck the concrete ditch. Officers began cardio pulmonary resuscitation and a helicopter was put on standby, but Aparicio was pronounced deceased at the scene by a doctor from Mt. Graham Regional Medical Center (MGRMC) at 6:05 p.m.

Saiz was transported to MGRMC, where he was treated for some cuts to his legs and later released. On Saturday, a deputy spoke with him about the crash and he said they were headed back to Solomon to hang out and were likely going too fast as they crossed the bridge and then hit a bad bump or something in the road. He said he was looking out the passenger window when Aparicio yelled out his name and he noticed they were going off the road. He was then knocked into the back seat area in the crash and crawled out to see Aparicio and realize she had died.

The vehicle was removed from the scene by Nuttall’s Towing.