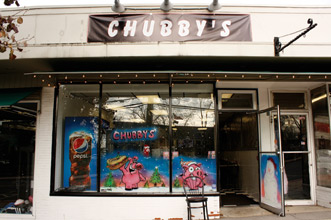 The lights dimmed on Chubby’s Luncheonette three years ago, but it was so special to former owner Carol “Chubby” Montello that she decided she wanted to die in the Hopewell diner, NJ.com reported (http://bit.ly/1HsFRvx ) on Friday.

Montello worked in the luncheonette before buying it in 1979 and didn’t make many changes to its 1950s decor, with framed newspaper articles, baseball cards and toys lining the walls.

Montello had established unofficial rules to being anointed a regular in the establishment and those customers normally made it to the diner before she did, said Joanne Farrugia, who was raised by Montello along with and her two sisters, Michelle Hamilton and Lyn Farrugia. She left the door open 24-7 so regulars could make coffee and heat muffins before she arrived in the morning.

“Chubby was not an early-riser,” Joanne Farrugia, of Princeton, said. “The luncheonette opened at 5 a.m. but Chubby wouldn’t get there until around 9 or 10 a.m.”

After the store closed, Montello often sat inside the diner since she lived above it. Longtime friend and customer Joe Vaccarino recalled having coffee with Montello in the luncheonette after it closed while she read newspapers and smoked cigarettes.

“The store closed three years ago,” Vaccarino said. “There was no heat. She was freezing. I bought her one of those ceramic heaters. She sat in there all the time.”

Last month, Montello went to the hospital, but didn’t want to stay, Hamilton said. So they arranged to put her hospital bed in Chubby’s alongside the tables, and she died there on Oct. 11, with her loved ones by her side.

This story has been corrected to show she spent her last hours, not days, in the restaurant.