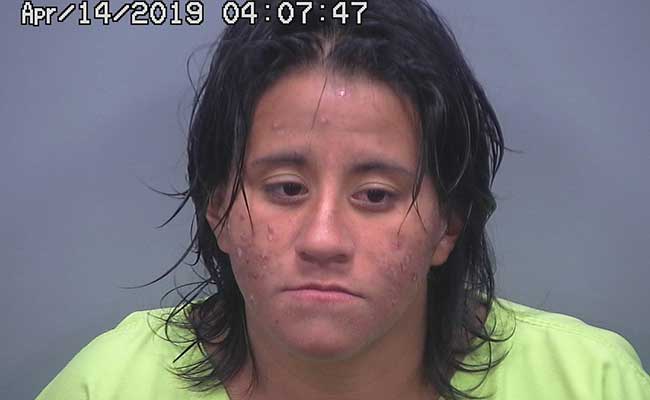 SAFFORD – Early Sunday morning, around 2:00 am, police were dispatched to a hotel on Highway 70 due to the report of a disturbance taking place. When an officer arrived, Tonya Reed could be seen yelling at the night clerk. The officer entered the lobby and placed Reed under arrest and she was placed in the patrol vehicle.

The officer spoke with the night clerk who reported they were cleaning the lobby restrooms when Reed entered the lobby and began making a cup of coffee. The clerk exited the restroom and could hear Reed talking to herself, babbling and not making any sense. The clerk stated they informed Reed, she would need to take the coffee with her, due to the clerk needing to clean the lobby. It is reported Reed began yelling at the clerk, throwing coffee creamer on the floor, which the officer could see was still visible. The clerk went behind the counter to call 911, and Reed began ripping brochures in half and throwing them at the clerk while yelling profane threats. The clerk stated they had never dealt with Reed before and didn’t know why she acted in that manner.

The officer went to speak with Reed outside, however, after yelling profane insults, she refused to speak with the officers. Reed was was transported to The Graham County Jail and was booked for Threatening and Intimidating; and Disorderly Conduct.

The clerk requested Reed be trespassed from the property.