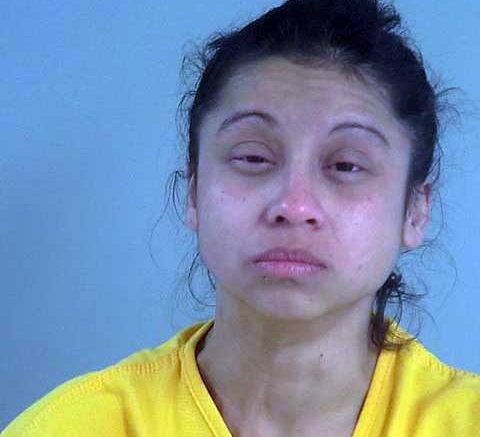 SAFFORD – Arizona is a distribution state for heroin and, according to state law enforcement, is the most serious drug problem for the youth and young adults in the state.

The problem in Safford is akin to the rest of the cities in Arizona regardless of size, and there is a high amount of addicts, low-level dealers and overdoses.

On Jan. 7, Safford officers pulled over a vehicle at about 10:48 p.m. after it failed to use its turn signal while making a right turn. The officer located three occupants in the vehicle, all of whom were known to law enforcement for previous involvements with officers regarding drugs.

After receiving permission to search the vehicle, an officer located a bag where one occupant, later identified as Monica Luna, 26, was sitting. Inside the bag was a “rig” to intravenously use heroin, including a syringe, metal spoon with apparent burnt drug residue and a cotton Q-tip.

Luna allegedly admitted the paraphernalia was hers and that she had used heroin the previous day. Luna was then arrested and booked into the Graham County Jail.

Cronkite News of the Walter Cronkite School of Journalism and Mass Communication at Arizona State University, has produced a documentary on Arizona’s problem with heroin titled “Hooked: Tracking heroin’s hold on Arizona.” The documentary can be viewed online at hookedaz.cronkitenewsonline.com. The documentary has also been posted on Gila Valley Central’s Facebook page. Another of its documentaries “Hooked from prescription to addiction” was shown on local television stations Tuesday.