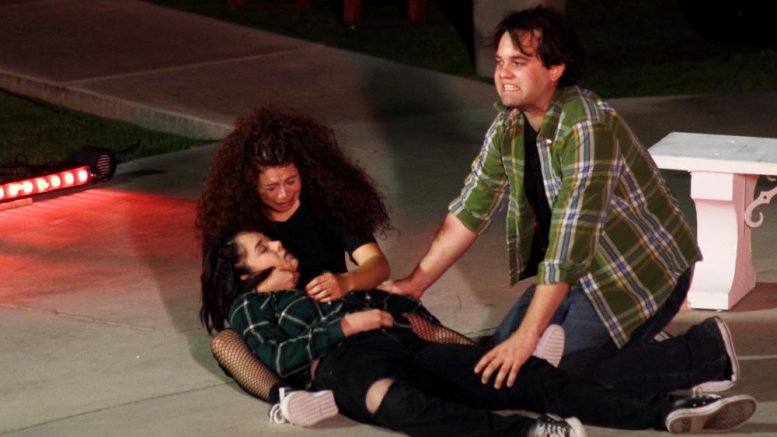 THATCHER – Despite a torrent of wind Wednesday night, the show must go on and so it did.

Eastern Arizona College’s (EAC) Repertory Acting Company presented its first showing of Shakespeare’s Romeo and Juliet at EAC’s Amphitheater on Wednesday night. The entire production, from its costumes to its set design was created by the combined skills of the Repertory Acting Company. Although the evening was still warm at the beginning, a cool breeze that quickly grew in strength began to blow at the makeshift curtain stage backdrop. However, instead of letting the weather cancel the performance, the actors took down the stage and let the audience use their imagination to make the magic.

Set in a 1990s Verona High School, the first scene opens in a classroom where our scrunchie-wearing and plaid-clad cast set the stage for Capulet verses Montague. Throughout the production, the audience watches the legendary yet doomed romance between Romeo and Juliet against an audio backdrop of 90’s tunes, including “Kiss Me” by Sixpence None the Richer. 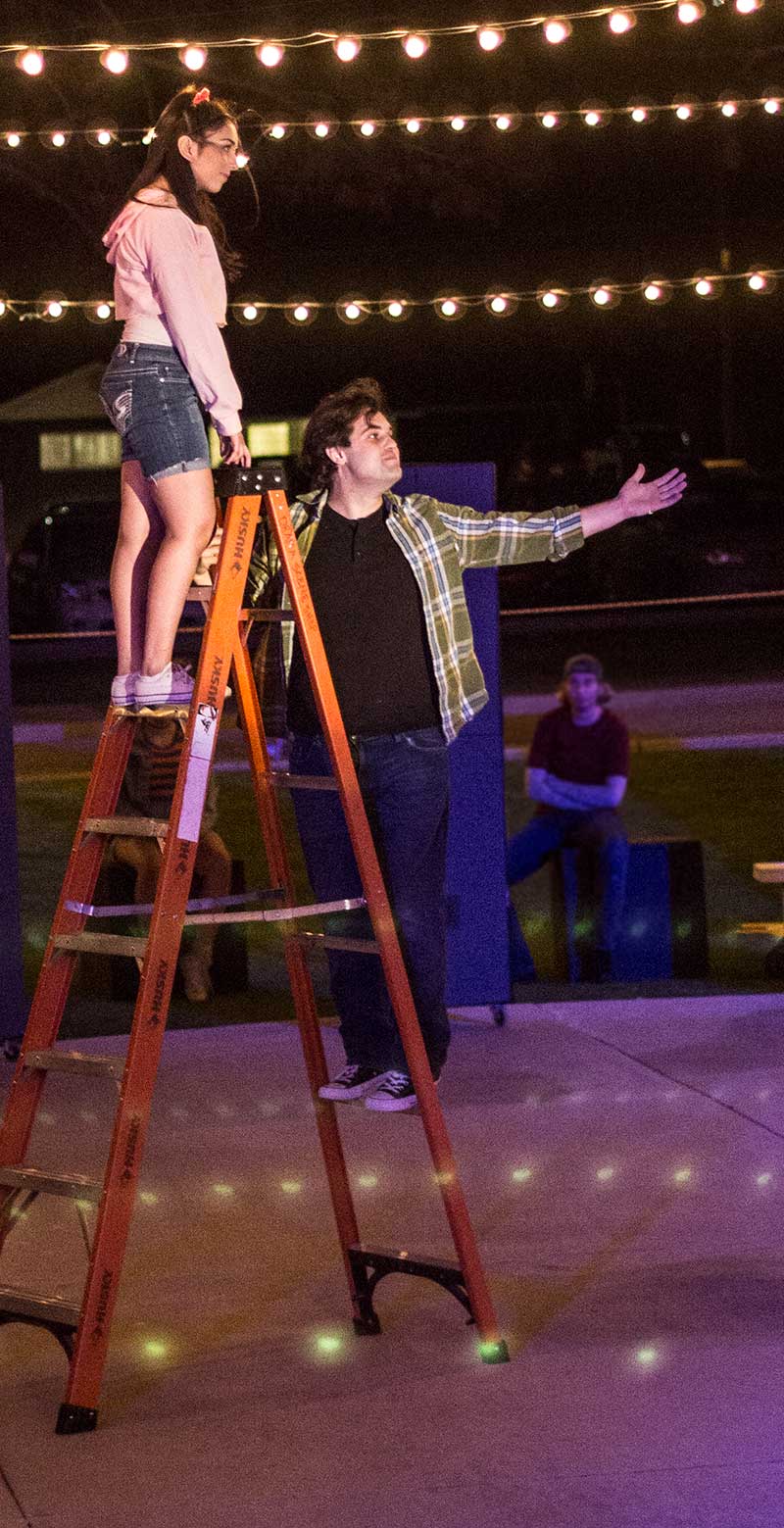 Brooke Curley Photo/Gila Valley Central: Juliet (Alyssa Ruiz) tells Romeo (Cody Foree) to not swear by the moon. “O, swear not by the moon, th’ inconstant moon that monthly changes in her circle orb, lest that thy love prove likewise variable.”

Amanda Striffolino, directing supervisor of Romeo and Juliet, told Gila Valley Central that combining the work of a vast variety of actors made the production interesting to work on.

“One of the greatest things about working on this production was collaborating with such a unique group of actors,” Striffolino said. “It was awesome to collaborate them considering they’re all my fellow classmates and friends. The combined efforts it took to create such a unique concept made for a very exciting directorial experience.” 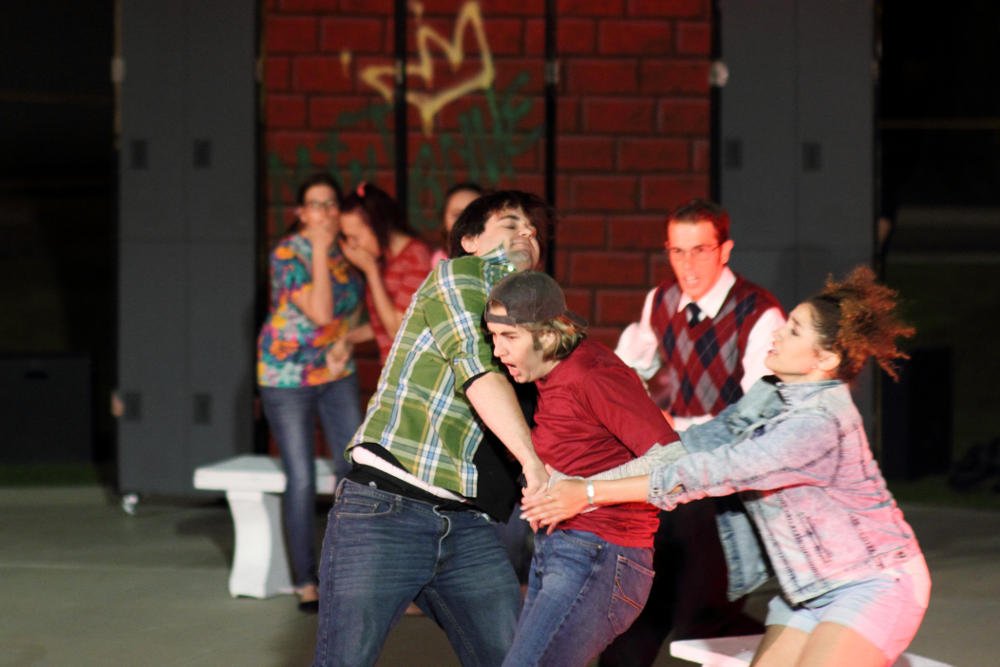 Alyssa Ruiz, who played Juliet, said she was excited to show the community what skills the acting company had acquired over the progression of the semester.

“I was lucky enough to have the chance to play the role of Juliet,” Ruiz said. “It was a pleasure working with such a great cast, and I’m thrilled to show Thatcher, Arizona what the Repertory Acting Company accomplished over the course of this semester.”

Bailey Brickmore, who is part of the chorus, told Gila Valley Central that working on the production was incredibly enjoyable. She also credited the director, Striffilino, and EAC’s drama director, Steven Higginbotham, for an enjoyable and educational experience.

“Working on Romeo and Juliet has been a blast,” Brickmore said. “Steven Higginbotham has truly helped us all shine on stage this semester. He gave us all the opportunity to take on this project by ourselves. My character is one of the three chorus members. We are what you could call “silly girls” – the girls in high school who think Romeo is absolutely perfect. We aren’t a part of either household; we are friends with both sides and we almost act as narrators and help the audience understand what’s going to happen next. Thanks to Amanda Striffilino and her amazing directing abilities, everyone has learned so much working on this show.”

Remaining performances are April 21 and 22 at 7:30 p.m., with an additional, special matinee performance April 22 at 2 p.m. Romeo and Juliet will be performed in EAC’s Amphitheater with general admission at $3 per person or free for full-time students with student I.D.  Tickets can be purchased at the amphitheater before each performance or by calling Eastern Arizona College’s Ticket Office at (928) 428-8228.

Eric Burk contributed to this article