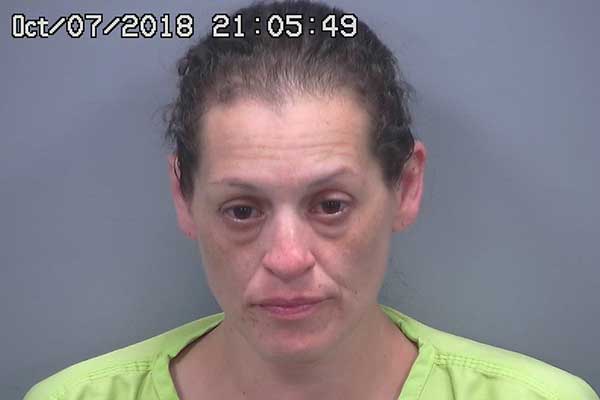 Safford – Police were dispatched to a residence on West 12th Plaza at about 7:00 pm last Sunday, where a woman was allegedly causing a disturbance.

The reporting party told police that the woman, identified as Bobbi Rios, had been bringing drugs into the house along with people who use the drugs. At some point earlier in the evening, Rios had taken a truck that belonged to someone at the home. When somebody called Rios and told her to bring the truck back, Rios allegedly came back in a rage and began yelling at everyone and pushing people.

Witness reported that Rios was trying to start fights and was yelling obscenities. She eventually went to a room at the back of the house. When she tried to come back out, somebody was blocking her way, trying to prevent further problems. Rios allegedly began swinging at the person blocking her way, leaving a hand print on the woman’s chest.

Rios told authorities that she was mad that she had to return the truck. According to the police report, Rios said that “everyone started coming at her and she was trying to get away from them.” She admitted to hitting the person trying to prevent her from leaving the back room.

Rios was arrested and transported to the Graham County Jail. She was booked on charges of Assault and Disorderly Conduct.