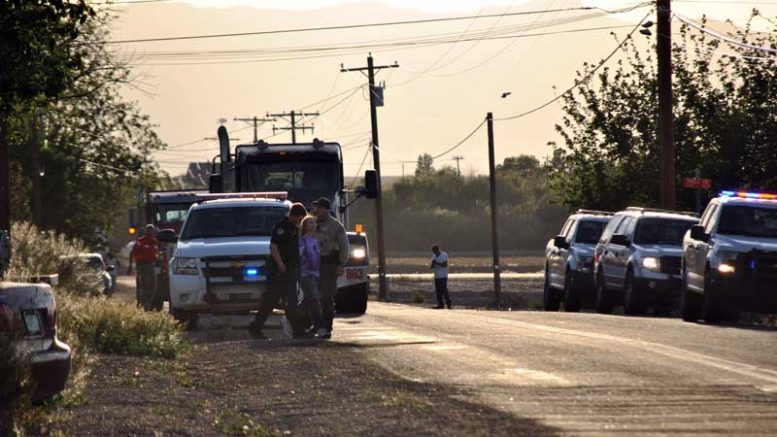 Contributed Photo/Courtesy Becky Rose: An officer takes Jamie Hester into custody after she allegedly displayed disorderly conduct with a deadly weapon during a confrontation with a semi-truck driver, Saturday.

CENTRAL – A woman is behind bars tonight after allegedly brandishing a handgun during an altercation with a semi-truck driver on Norton Road. The road has previously been the center of complaints about semi-trucks traveling at speeds greater than safe for the neighborhood as they traverse to Freeport McMoRan Copper & Gold Inc.’s Safford Operations Mine.

Law enforcement was dispatched the the area of Norton Road and Pauls Lane in Central at about 5:38 p.m., Saturday, regarding the incident. 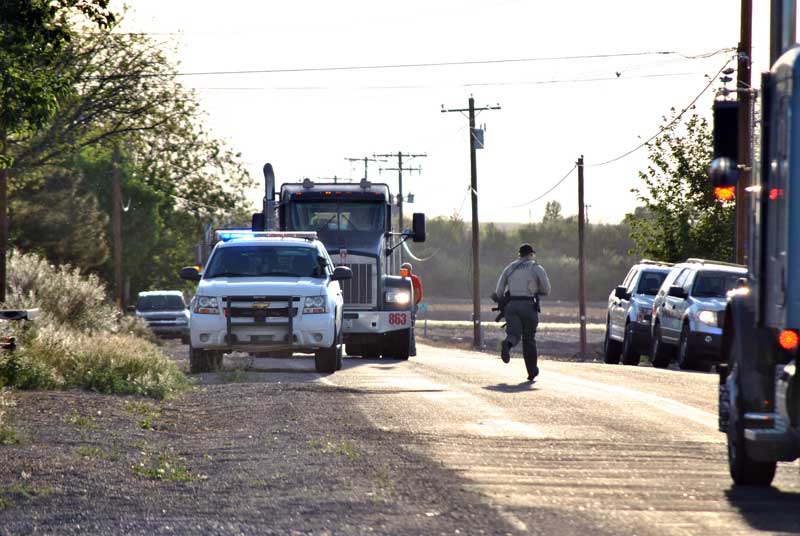 Contributed Photo/Courtesy Becky Rose: A deputy runs through the scene while searching for the suspect.

According to a witnesses at the scene, a woman in a purple tie-dye T-shirt emerged from a residence and threw a bucket of urine onto a passing semi-truck. After the driver pulled over, the woman, later identified as Jaime Lynn Hester, 36, of Sedona, and another woman who was with Hester began cursing at the driver with Hester saying the road belonged to her and to stop driving on it.

Hester then allegedly pulled a black handgun from her waist in her backside and brandished it with her finger on the trigger as she continued to yell at the truck driver.

There were children in the area at the time of the incident, according to the witness, and a passing motorcyclist stopped and told the children to run inside. The motorcyclist then encouraged Hester to drop her gun. 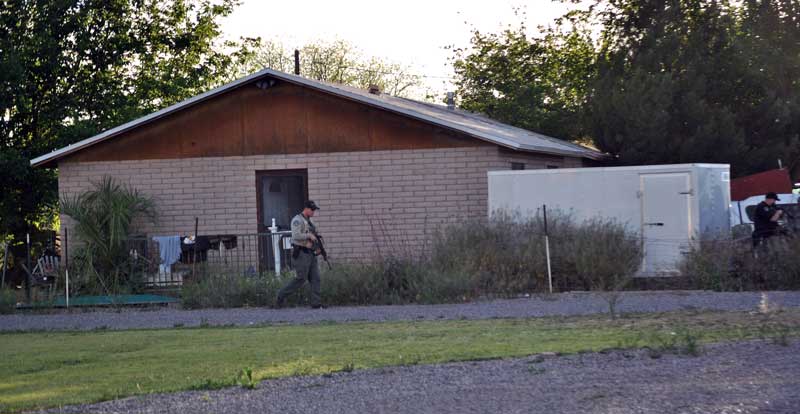 Contributed Photo/Courtesy Becky Rose: A deputy searches around the residence with his gun at the ready.

After the authorities were called, both Hester and the second woman fled the scene. Graham County deputies and officers with the Safford, Thatcher and Pima police departments responded to the scene with their guns drawn as they looked for the two individuals.

After not finding them inside the house, both subjects were located hiding in a mesquite tree behind the house and both were handcuffed and taken into custody. A black, Luger LC9 semi-automatic handgun was located in a nylon case which Hester was holding. The gun was loaded with seven rounds and had an additional severn-round magazine as well.

The second woman, who holds a medical marijuana card, said she and Hester were just smoking marijuana on a bench in her front yard when the truck driver stopped for no reason and began threatening them. A cell phone video taken by the truck driver contradicted the woman’s version of events.

The truck driver said he had honked his horn at the behest of some children playing along the side of the road when Hester then came out and threw urine at his truck. He said he stopped and walked back to the residence, and that was when Hester pulled out a handgun and said she would shoot him if he stepped on their property. At that point, the truck driver took out his cell phone to video the encounter. 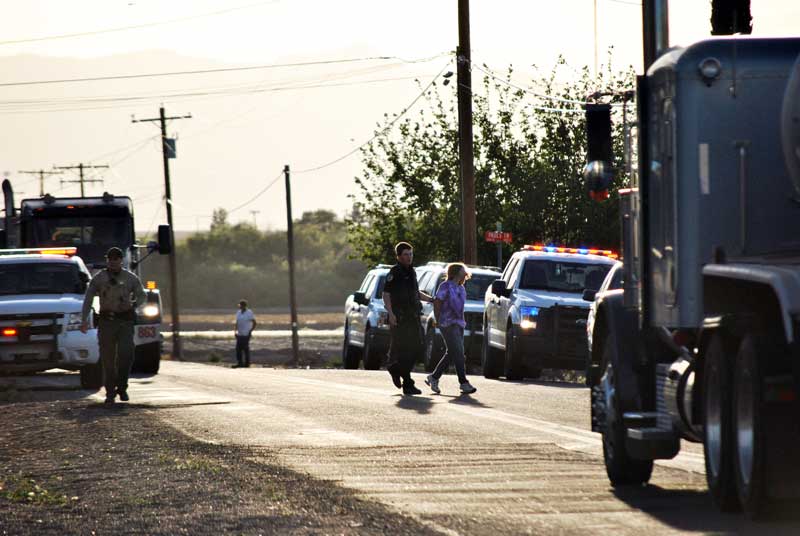 Hester told authorities that she felt the semi-truck honking its horn was harassment and that the residents along the street have had a history of problems with the trucks using the road. She said she brandished her gun because she felt the driver came toward them in an aggressive manner and she felt she and the resident would be in danger of being “raped or robbed.” She added she told him she would shoot him only if he came onto their property and denied throwing urine at the truck.

The second woman was then released, and Hester was booked into the Graham County Jail on a felony charge of disorderly conduct with a deadly weapon.

This article has been updated from an earlier version.