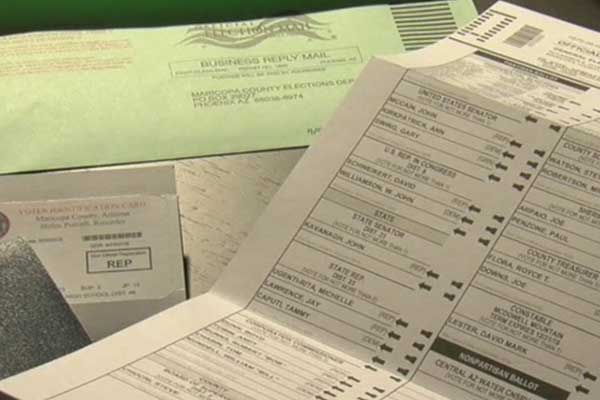 Many people across Arizona, in the media, and across the United States are wondering why it takes so long to count ballots. The Arizona Secretary of State explains the process:

One of the major reasons it takes time to count ballots is that there are hundreds of thousands of early ballots dropped off at the polls on election day – approximately 320,000 statewide this time. The counties are currently working to verify the signatures on each and every one of those early ballots before they can be tabulated. Once the county election officials verify the signature on each of those ballots (which is no small task!), they then make sure that a voter didn’t cast an early ballot AND vote in person at a polling location. All of these processes take a little bit of time and is done to ensure that voters can trust the outcome of their elections.

Another reason it takes time to tabulate the ballots is to ensure the security of our elections. It comes as no surprise that the security of our elections is at the top of everybody’s mind right now. Arizona has made it a top priority to make sure that our critical election infrastructure is secure from any nefarious actors. Some of these new security measures do however slow down the ballot tabulation process. For example, in Maricopa County, the data cartridge from each voting machine at the polling locations is physically removed when the polls close and securely transported to a central location. Once at the secure location, each and every cartridge is then tabulated. Previously, the data was transmitted over secure phone lines instead of physically moved. This, while more secure, does slows down the process.

Arizona takes elections seriously – from the poll workers, to the county elections officials, and the Secretary of State’s office and everybody is working diligently to tabulate all of the election results in a manner that Arizonans can be proud of and, most importantly, trust the results.