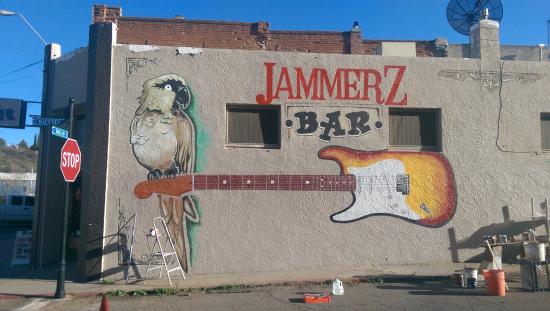 Globe – A late-night shooting in a Globe bar leaves 3-dead and 4-wounded.

The shooting occurred at Jammerz Bar on the main-drag in the Downtown Globe area. At around 11:30pm, Sunday night, an unidentified man walked into Jammerz  Bar and began shooting. According to information from ABC 15 News, four people were shot and according to a text from one of the owners of Jammerz, three people were killed.

The injured were airlifted to Phoenix hospitals.

Police say it appears to be a random act of violence, according to evidence gathered so far. A suspect in the shooting has been taken into custody.