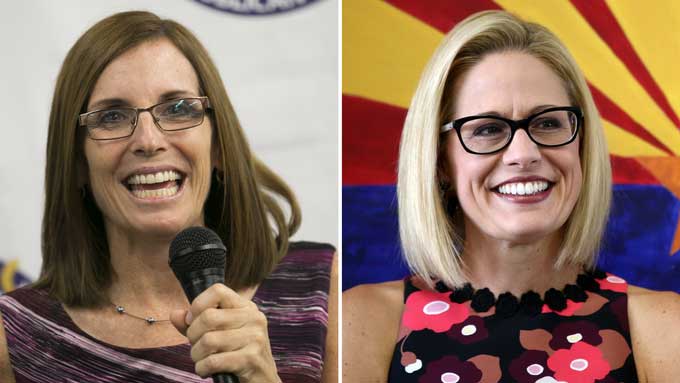 Unless the trend in election returns shifts – and soon – Arizona will get its first Democrat in the U.S. Senate in decades.

And the State Republican party may be laying the groundwork for a legal challenge to stop that from happening.

New figures Saturday evening show Kyrsten Sinema has amassed $1,048,655 votes.  That gives her a lead over Republican Martha McSally that now approaches 30,000. Just a day earlier, Sinema had an edge of about 20,200 votes.

Sinema has been outpolling McSally in Maricopa County by close to 4-percent. McSally had gained some ground with new reports from several rural counties, but that wasn’t enough to offset how Sinema is doing elsewhere.

Another race that is hanging in the balance is the Secretary of State race. Last Thursday, Democrat Katie Hobbs was trailing Republican Steve Gaynor by 19,000 votes. Now the gap has narrowed to just over 2,000 votes.

The final vote tallies in these races are expected soon.