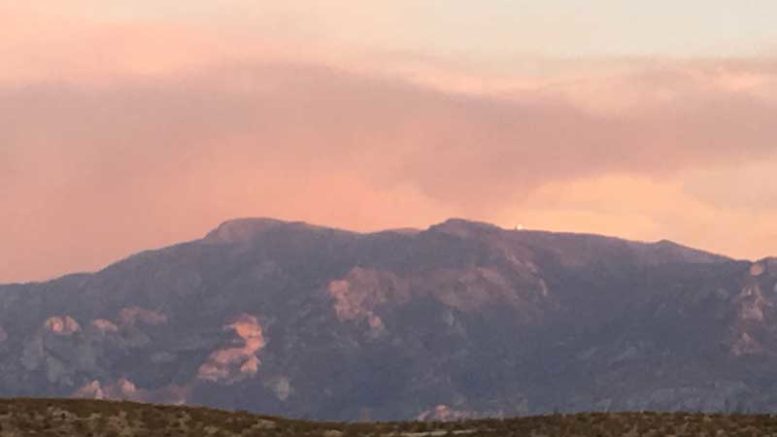 Since many folks have recognized the Frye Fire on Mount Graham was botched from the very beginning by the U.S. Forest Service (USFS), events following extinguishing of the blaze may present even greater hardships for local residents.

In attempting to absolve themselves of any liability, USFS officials hand out daily updates of their successes in dealing with the catastrophe. They point to various wall maps and charts illustrating certain burned areas of the mountain have been “contained” while others pose new challenges. Detailed statistics of firefighters’ progress, as well as helicopter water drop totals and future fire strategies, are routinely presented to attendees, public officials and news reporters.

It’s a sales pitch in progress, only instead of convincing a prospective customer how much better his product is than a comparable one down the street, a USFS spokesperson is pandering to the bewilderment of a confused citizenry who is still not completely convinced this calamity was unavoidable.

After all the hyperbole is brushed away, the problem boils down to a simple mathematical question: How did a quarter-acre-sized lightning strike morph into an out of control inferno consuming more than 45,000 acres of mountain vegetation while also destroying recreational facilities, wildlife, high desert and animal habitat? More importantly, why was it allowed to happen in the first place?

To date, no explanations have been offered by the Forest Service, raising suspicions that either the original little fire was negligently left to burn or the ensuing wildfire is the result of other USFS agendas. Whatever the reason, it’s plainly apparent the scorched mountain wasn’t caused by accident.

This fire, like all fires, will eventually burn itself out. After the flames have been put out and the smoke clears and the USFS presence has left, we will still be faced with continuing fire-related issues for years to come. Perhaps the most anticipated is the influence seasonal rains will have upon Gila Valley residents.

Denuded mountain slopes will offer little resistance in slowing the runoff volume and velocity of moderate to heavy rainfall. Tons of burned debris, ash, and other objects will be pulled by gravity and water to lower elevations. Outlying areas, particularly those closer to the mountain, could be severely impacted.

We all witnessed last October the damage a sudden violent rain and hail storm can inflict upon a community. Millions of dollars in insurance claims were paid, reflecting hundreds of structure and vehicle repairs, as well as farm-related losses. Months of cleanup followed.

However, last fall’s storm was an act of nature. The fire on the mountain, while originally an act of nature, was permitted to evolve into something even more violent. Most assuredly, cleanup efforts will be equally intensive and costly.

So, the logical question becomes who’s going to pay for it? Is property damage caused from the rubbish of a distant wildfire an insurable event? I don’t know if flood insurance is applicable in this particular situation. But if it isn’t, then the folks get slammed again. First, by having their tax dollars fund something that should have never happened and secondly, by being compelled to pay for cleanup and repairs at their own expense.

I don’t believe the USFS has provided the public with answers to these questions, which is all the more reason for residents to contact their local, state and congressional representatives and demand an accounting of the Forest Service’s failure in initially preventing the Frye Fire – now the second largest active fire in the United States.

The original excuse it was “too dangerous a situation to risk putting personnel on the ground” doesn’t cut it. Particularly when the fire was smaller than a tennis court and permitted to smolder for a day or two.  Then it roared out of control, eventually requiring more than 800 firefighters, numerous helicopters, and other ground support equipment.

The whole thing has evolved into a cluster-fluster of unimaginable proportions!