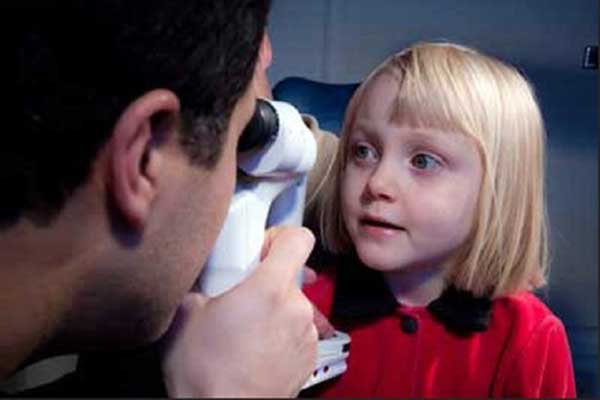 PHOENIX – The ability to see clearly is critical for young children, particularly when they’re learning to read.

The nonprofit Eyes on Learning Vision Coalition aims to have all preschool-age children in Arizona screened for vision problems and for those needing it, to receive an eye exam and follow-up treatment for better vision health.

Nicol Russell, deputy superintendent for early childhood education of the Arizona Department of Education, says taking her pre-school daughter to get a vision screening at a local school district was, literally, an eye-opener.

“They used a machine to take pictures of her eyes and said, ‘Do you notice an issue with her vision at home?’” she relates. “I said, ‘No,’ and they said, ‘Well, it looks like she has a pretty significant vision problem.’ And I was sort of dumbfounded. I said, ‘I had no idea.'”

Russell says until that point, her daughter had shown no signs of difficulty with her vision and had never complained about not seeing well.

Russell says the screening results have made a significant difference in her daughter’s life, allowing her to see clearly for the first time.

She says the coalition includes local, state and national representatives from a variety of medical, educational and social service agencies.

The coalition works with school districts and charter schools to ensure vision screenings are available. Woodhouse says the goal is for all Arizona children to be able to read and learn.

“We want to make sure that kids have their best vision health, because vision health is critical for a child’s early development,” she stresses. “It’s really important for learning in school, and especially critical for kids who are starting to learn to read.”

Russell says since her daughter put on her new glasses, the change has been remarkable.

“We thought it would be a struggle for her to keep it on,” she relates. “She’s only three. She won’t like it.

The Eyes on Learning Vision Coalition is funded by the Virginia G. Piper Charitable Trust and other community partners.